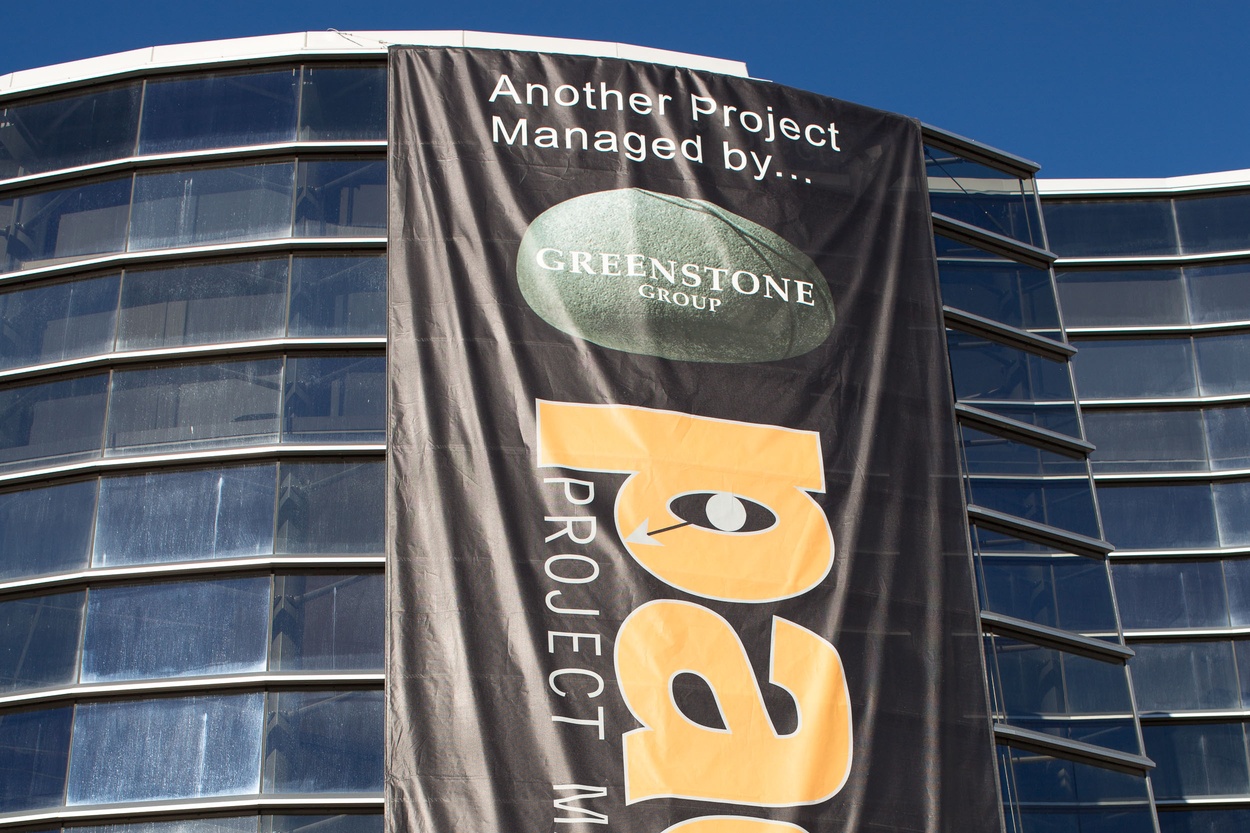 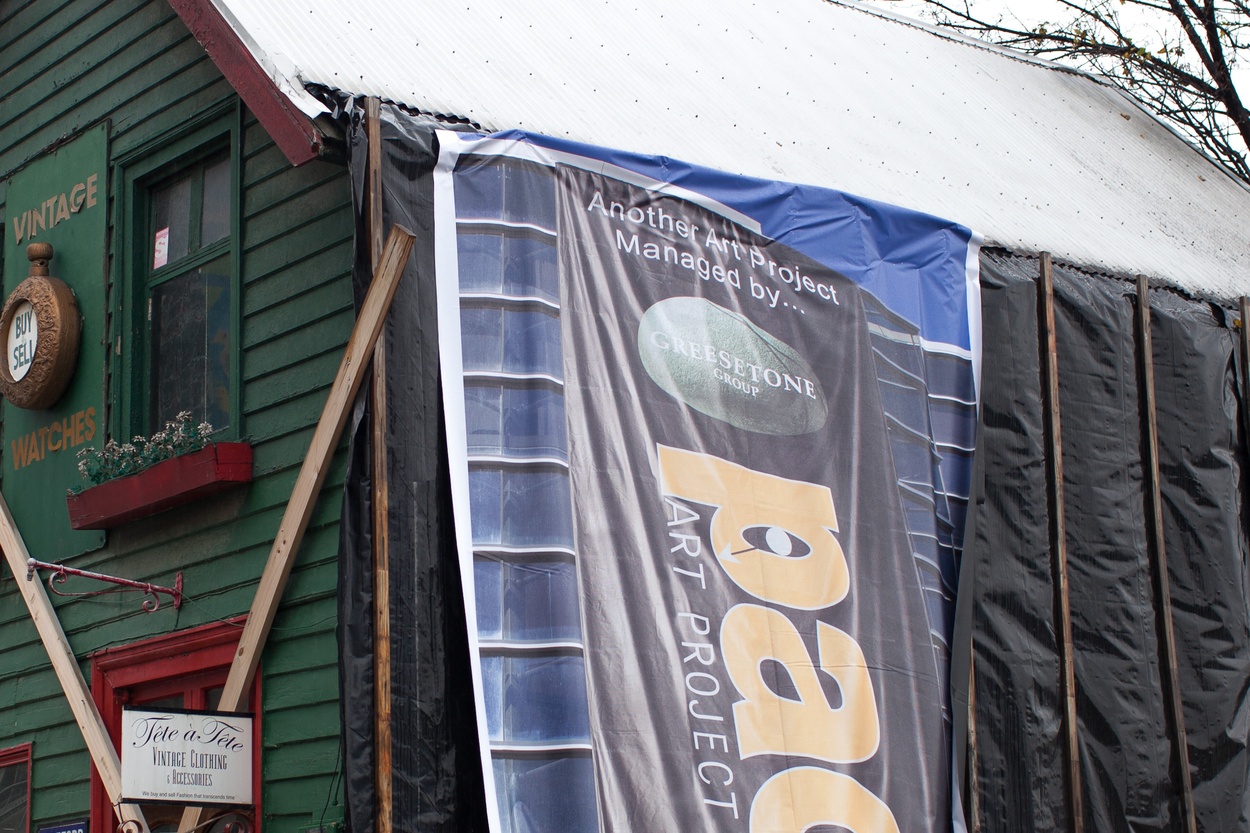 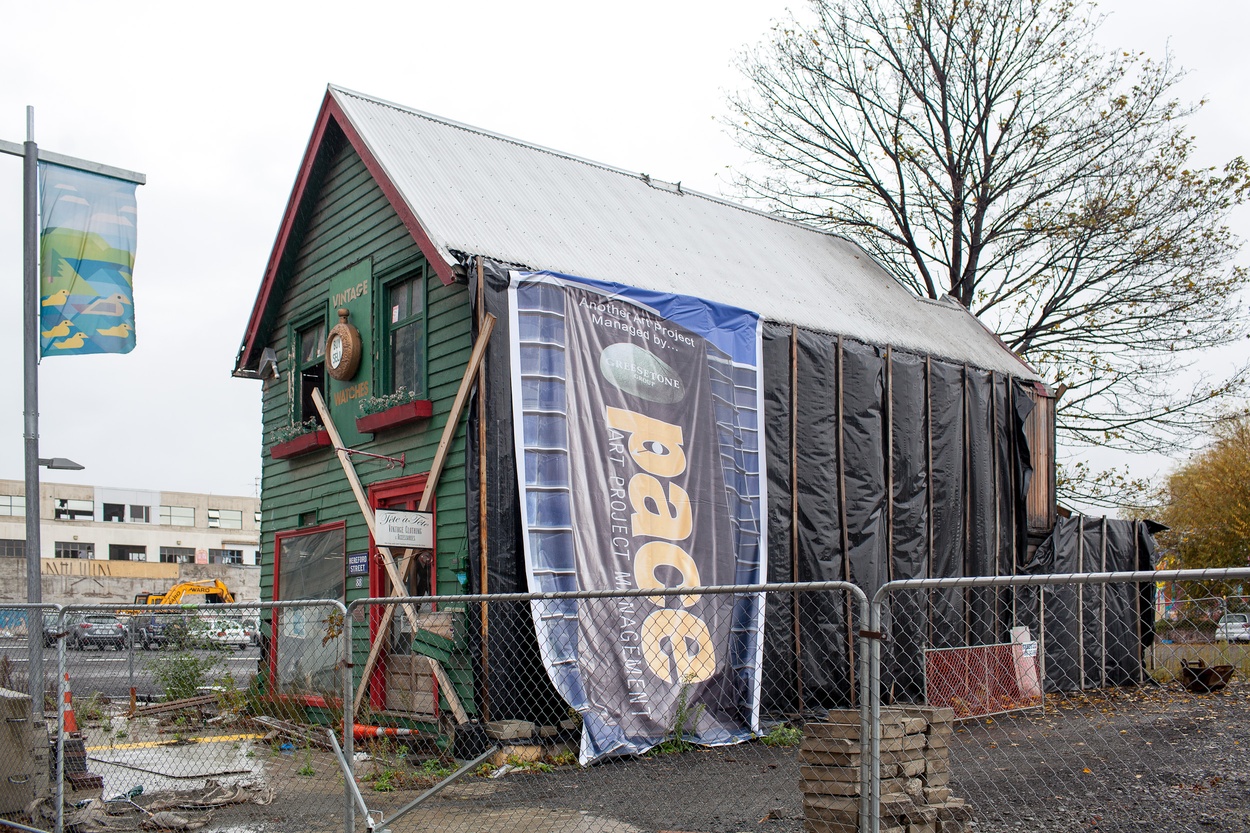 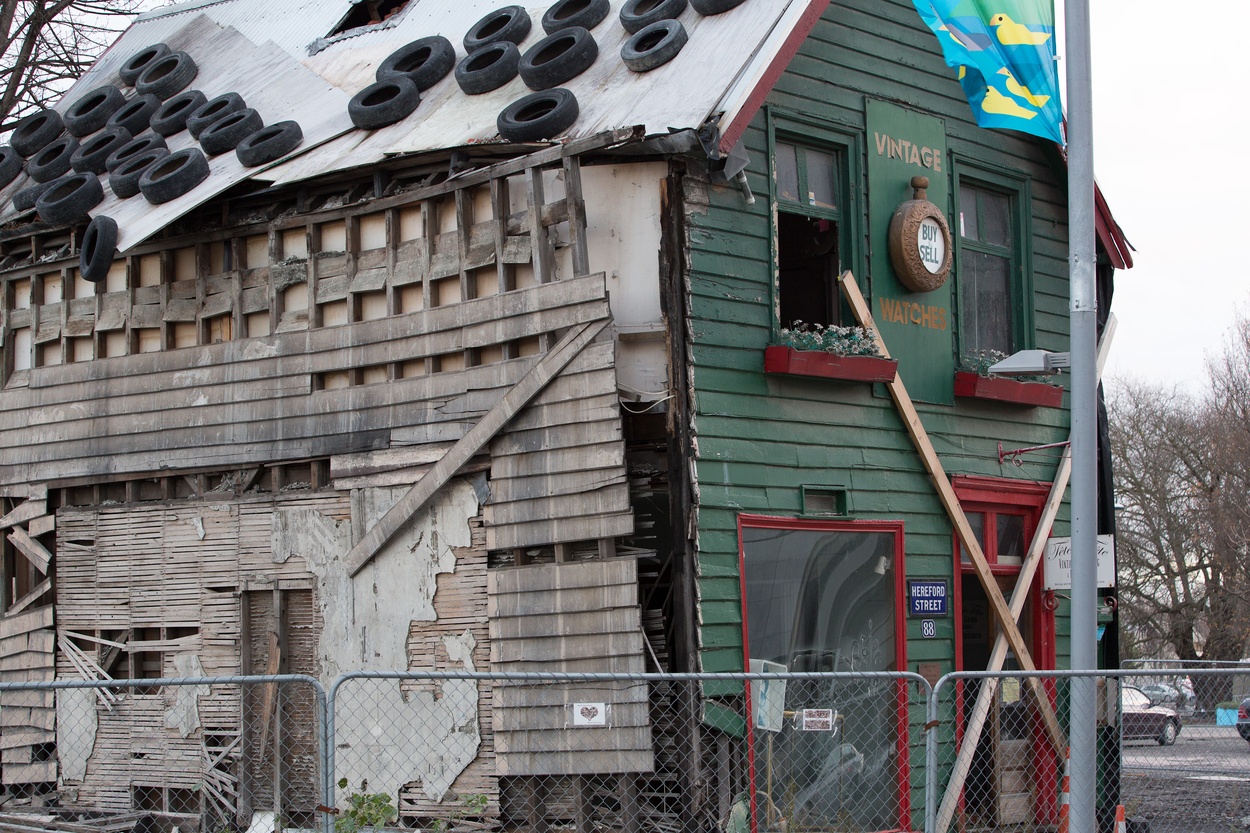 (View of Shands building prior to stabilisation) 2013 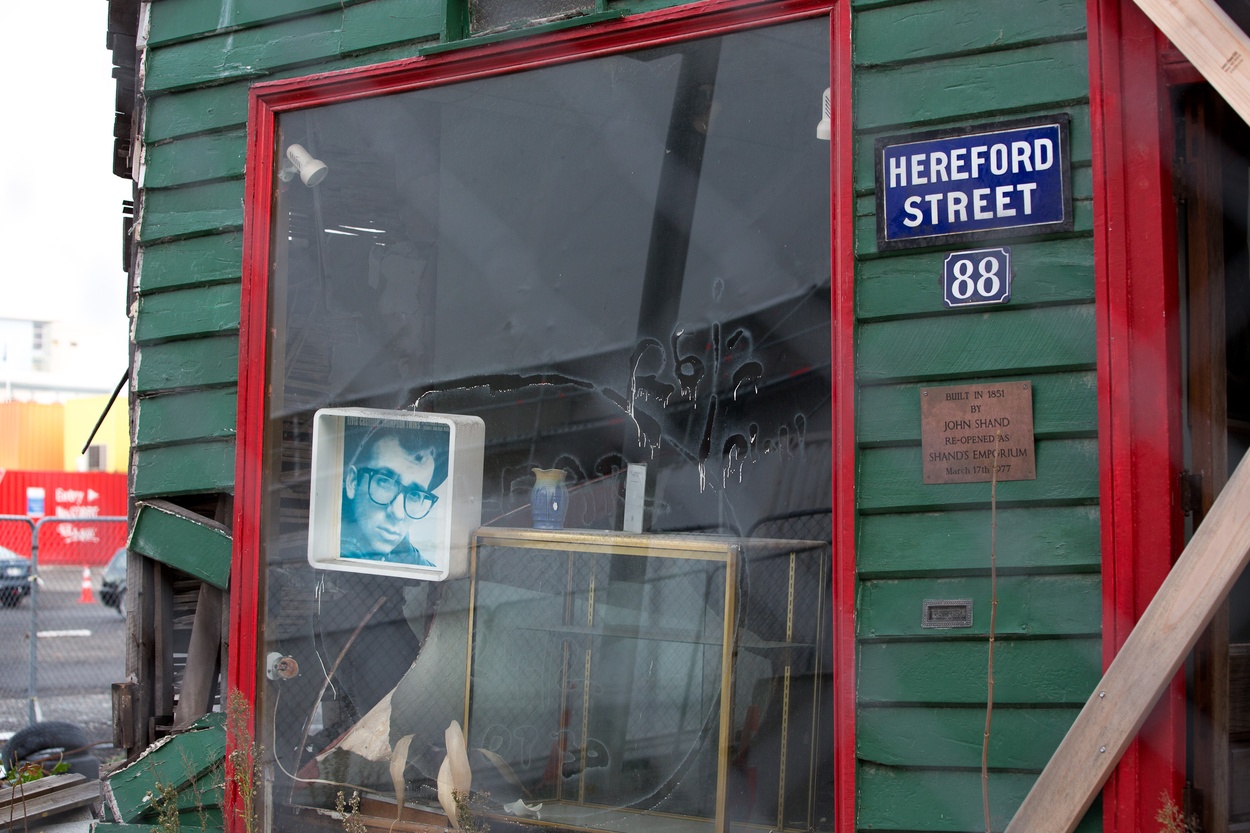 (Detail of Shands building prior to stabilisation) 2013 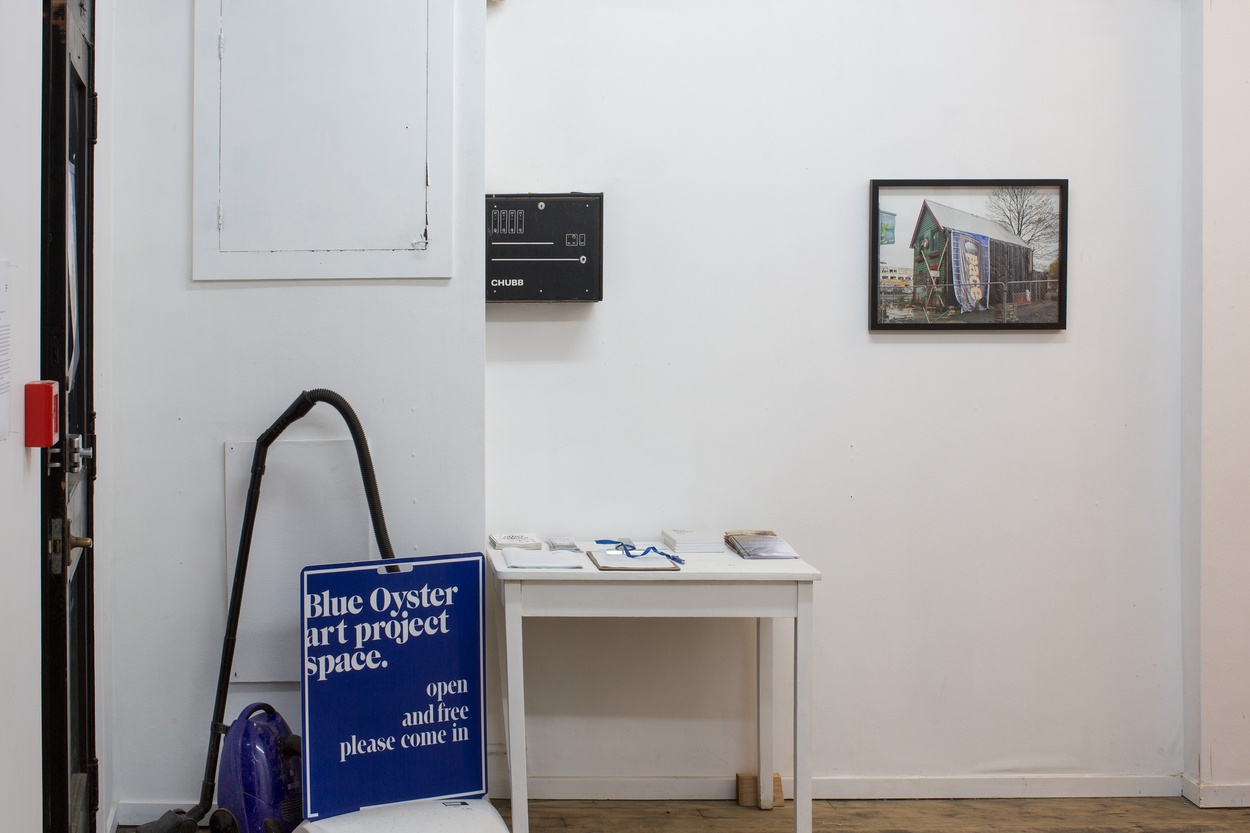 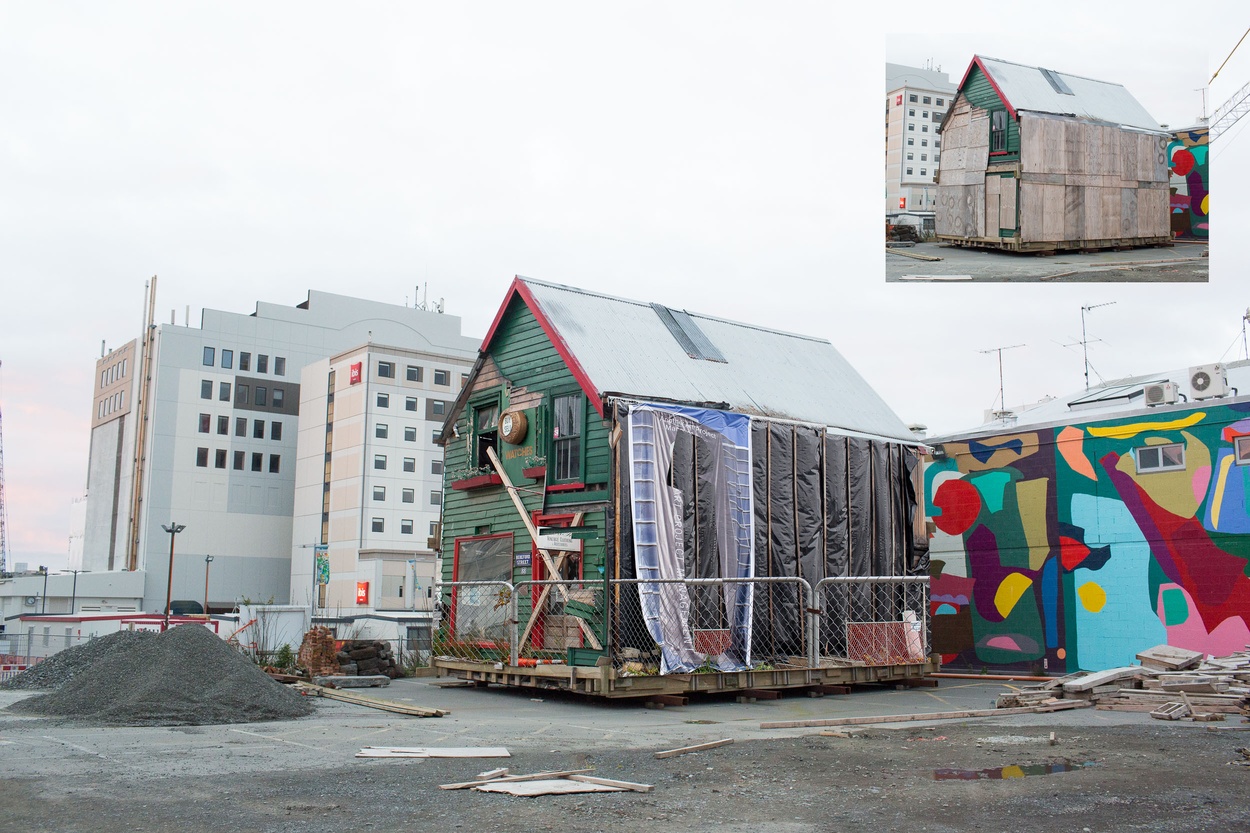 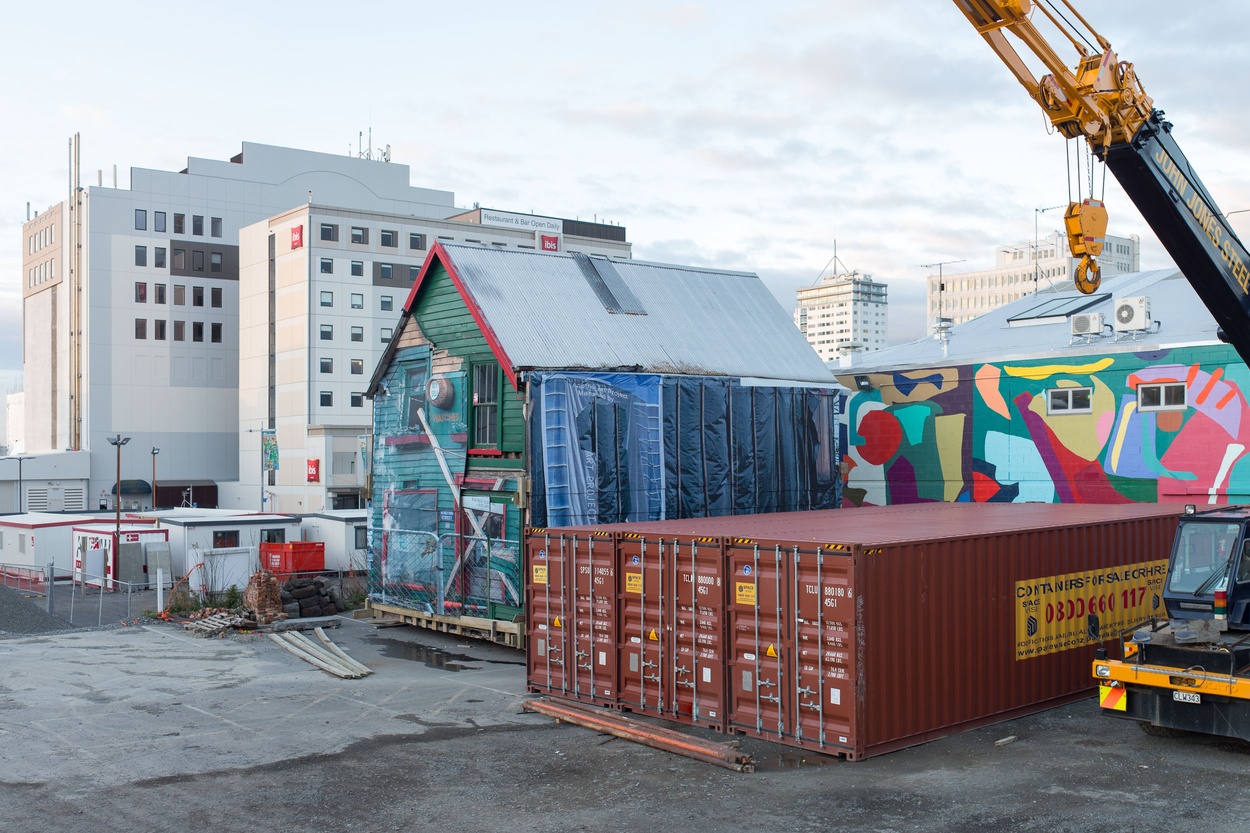 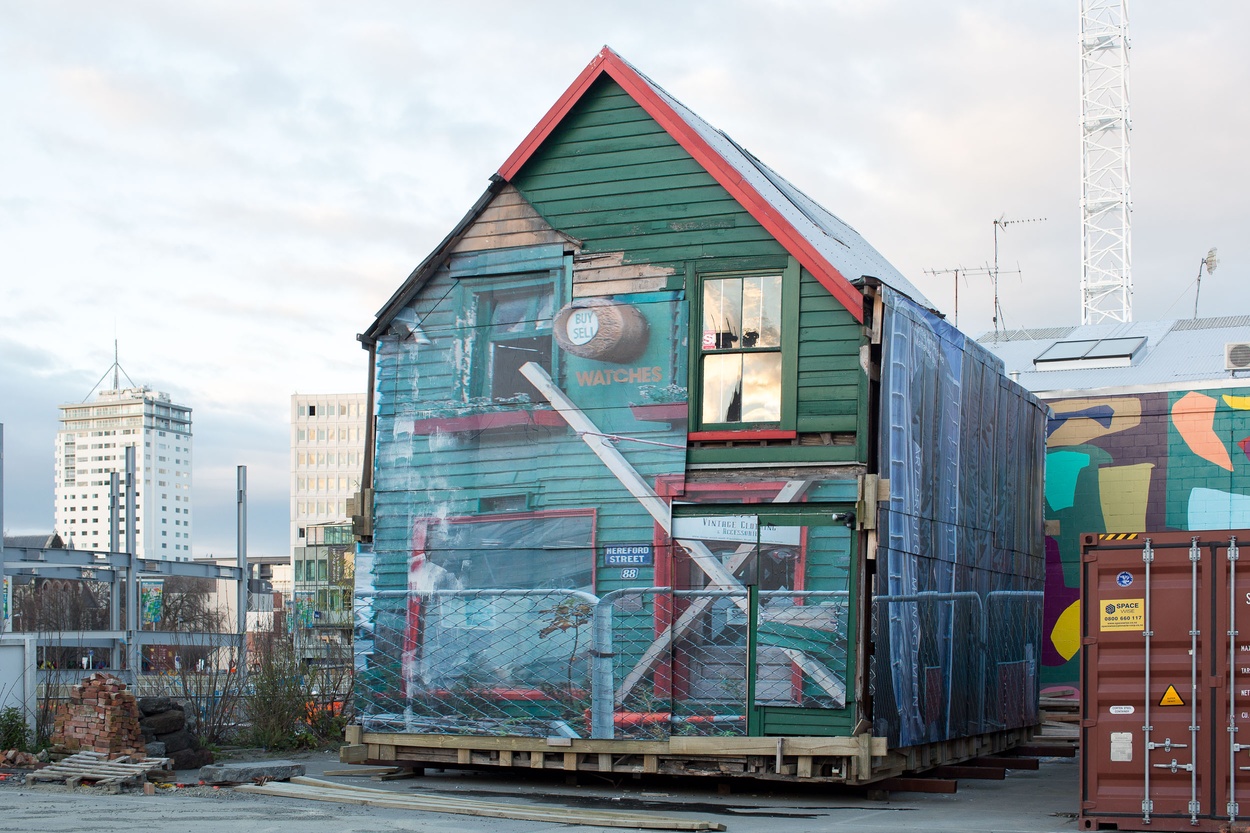 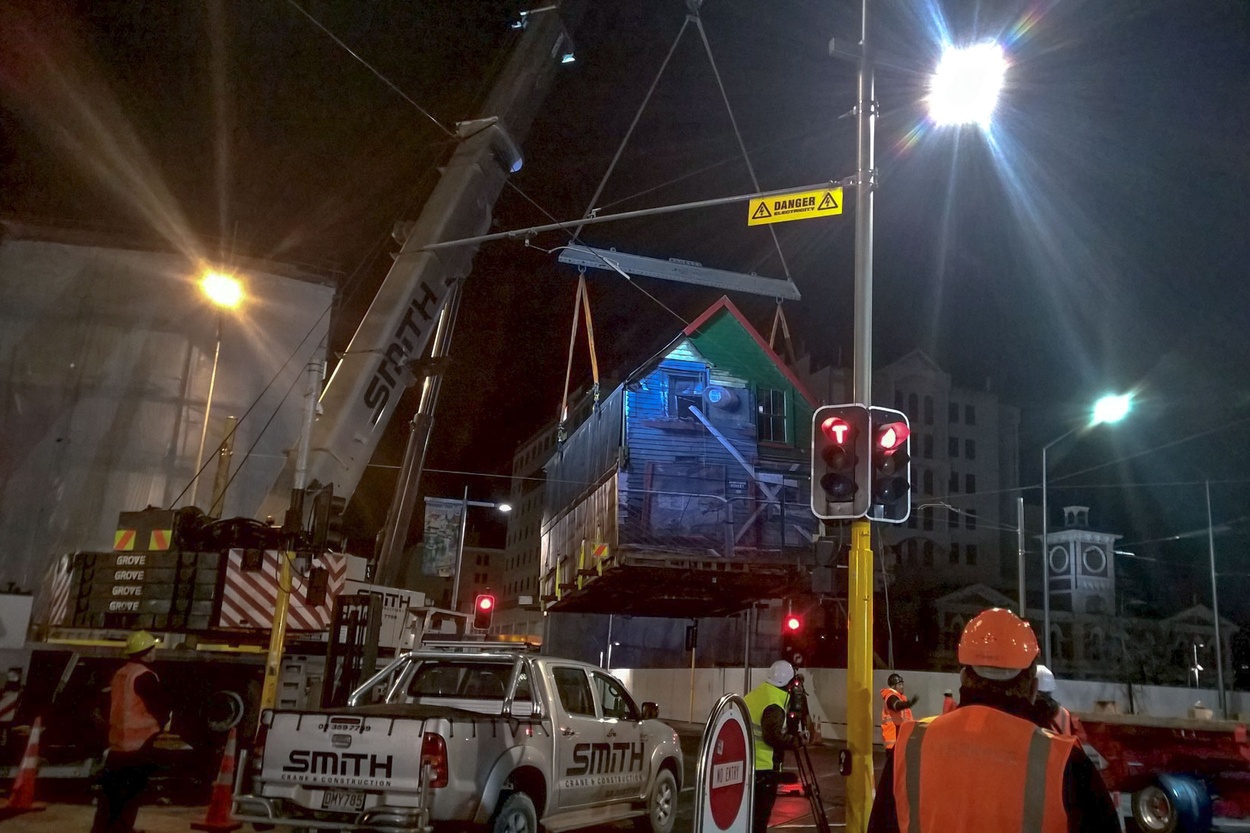 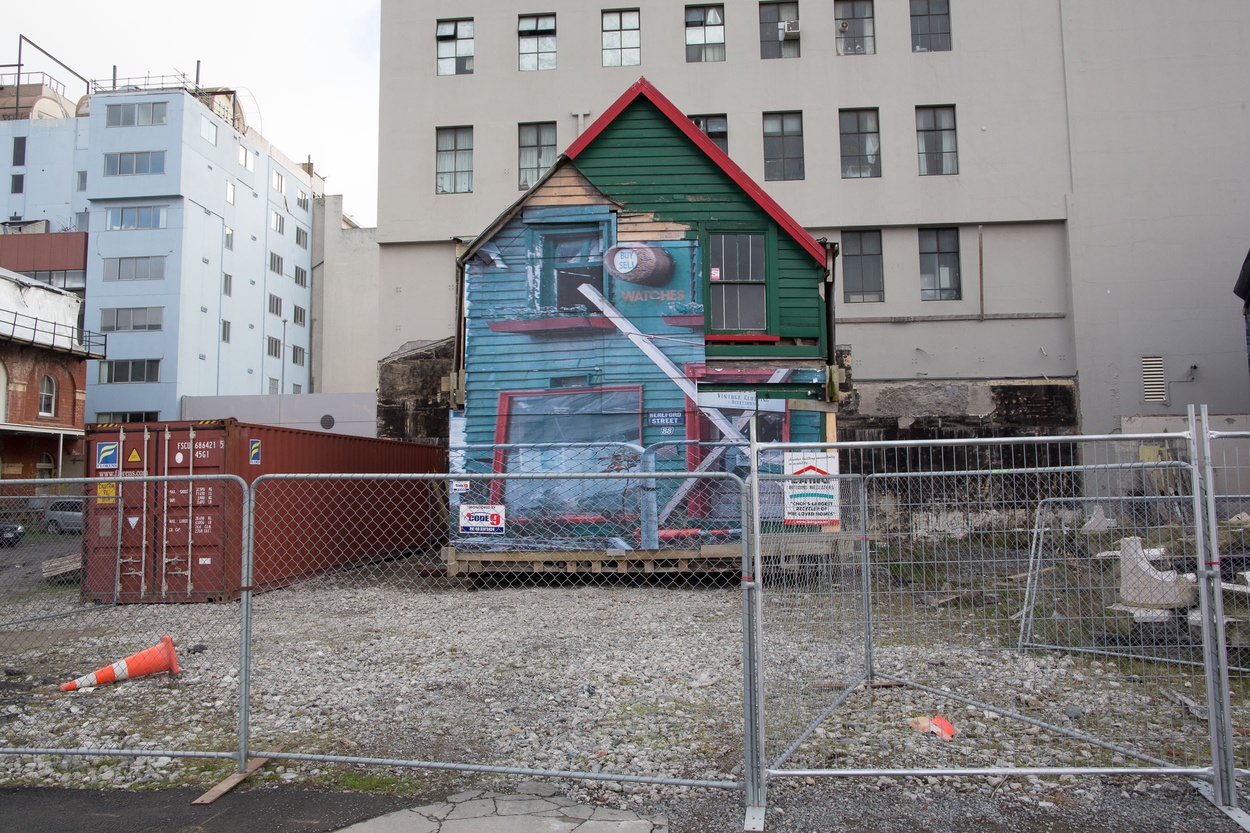 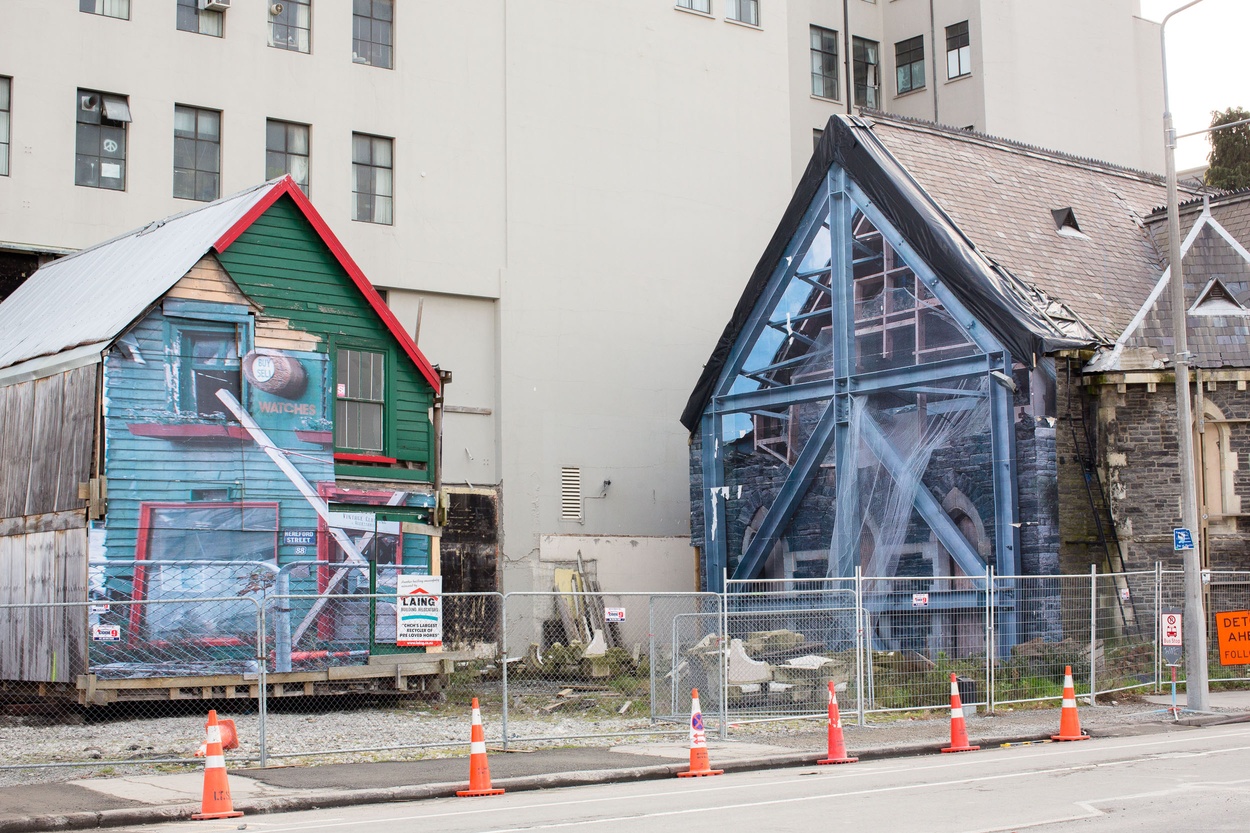 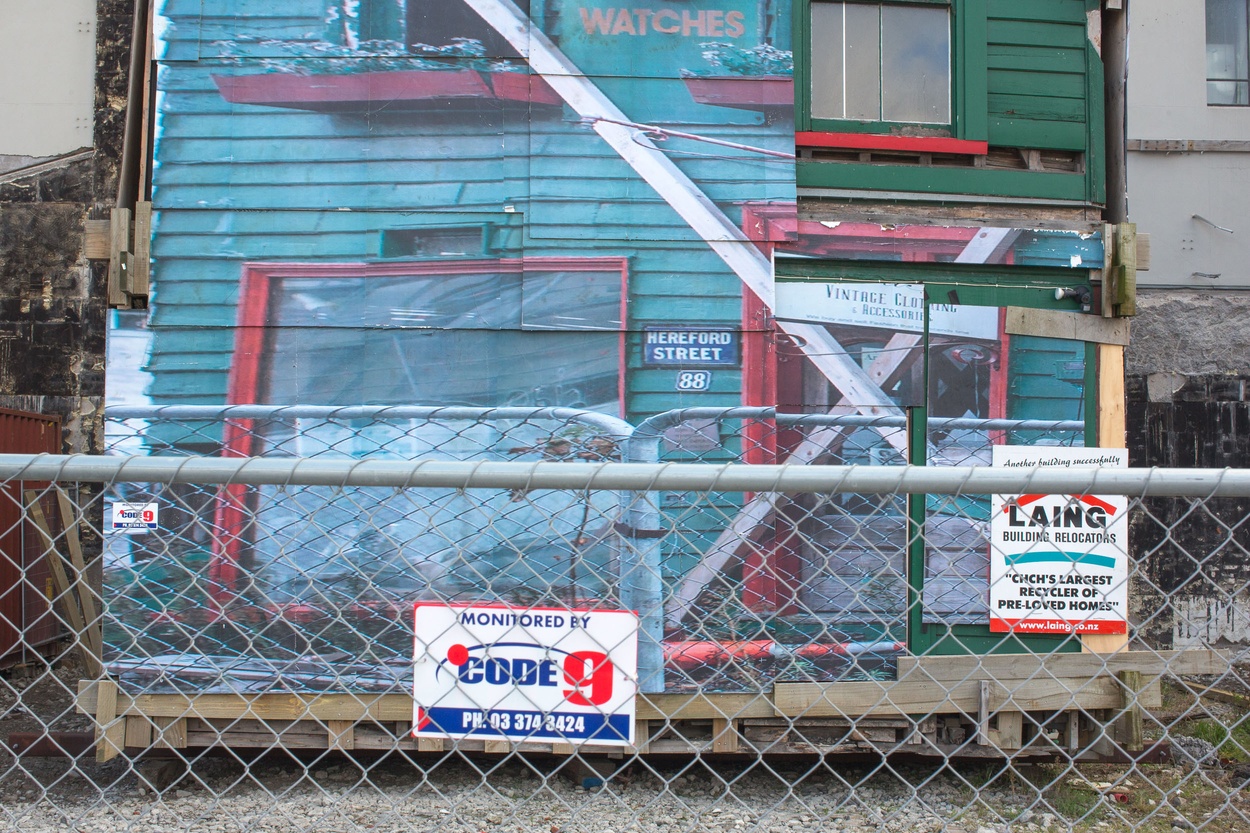 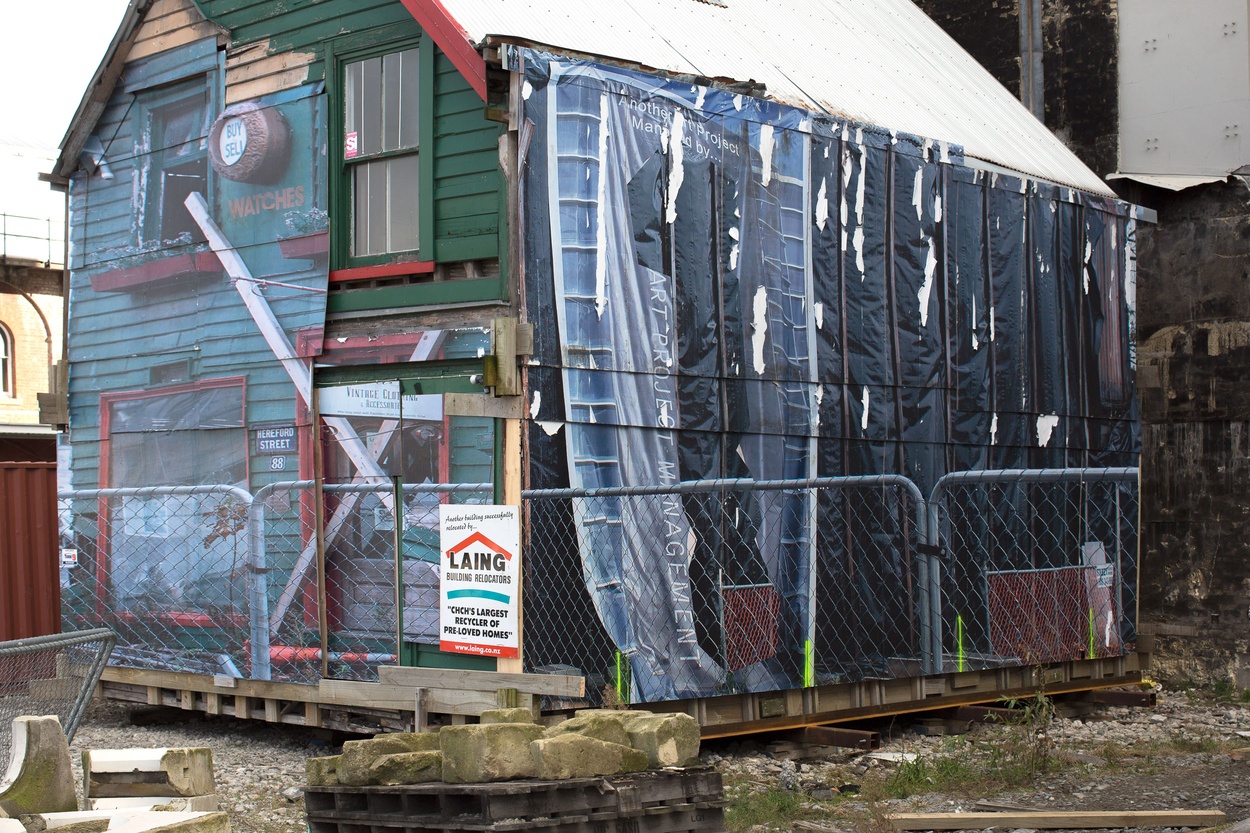 "Un-PACE-d" was an installation project starting in mid 2013 on Shands Emporium, an important heritage icon and the earliest remaining wooden building in Christchurch CBD. PACE is an project management company working in Christchuch during the post-earthquake rebuild effort. Their advertising banners were drapped indiscrimiately over a vast number of earthquake damaged buildings in the CBD. They were so pervasive in the first two years of the recovery that effectively acted as an unsanctitioned low-brow rebranding for the recovering city. The first iteration used an altered photograph of their banner as hung on the Christchurch Art Gallery, this was printed and hung on the fenced-off Shands Emporium building. The banner remained on the building for two weeks before being removed by an unknown party.

The Shands building was relocated in early 2014 to an adjacent construction site for storage. Documentation of the previous installation was then stickered back onto the newly boarded-up building, the PACE branding had been deleted at the request of the site's developer. He also placed a large shipping container in front of the image, obscuring much of the image from public view.

In late 2014 the building was purchased by the Christchurch Heritage Trust and relocated to another central city location to await restoration. The site placed the structure next to a previously installed temporary artwork "Prop Hide" on the Trinity Church heritage building.