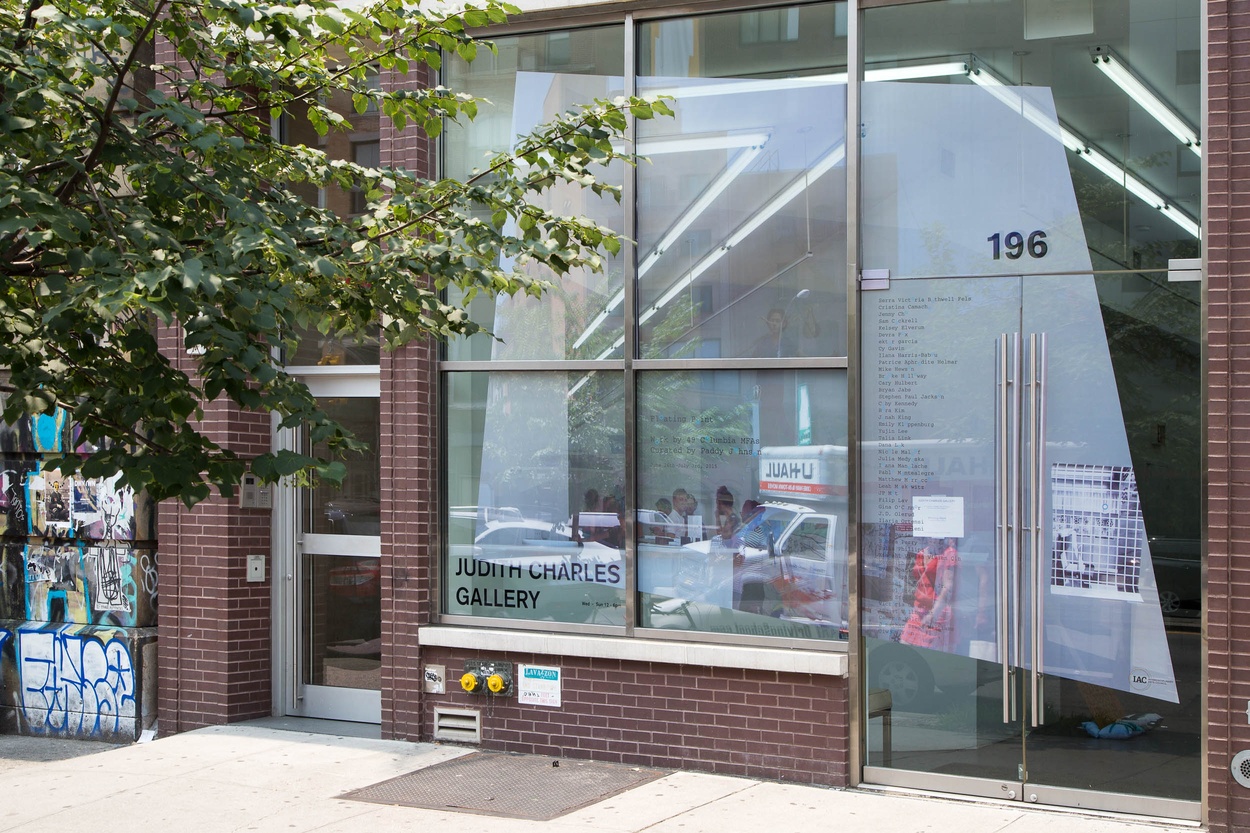 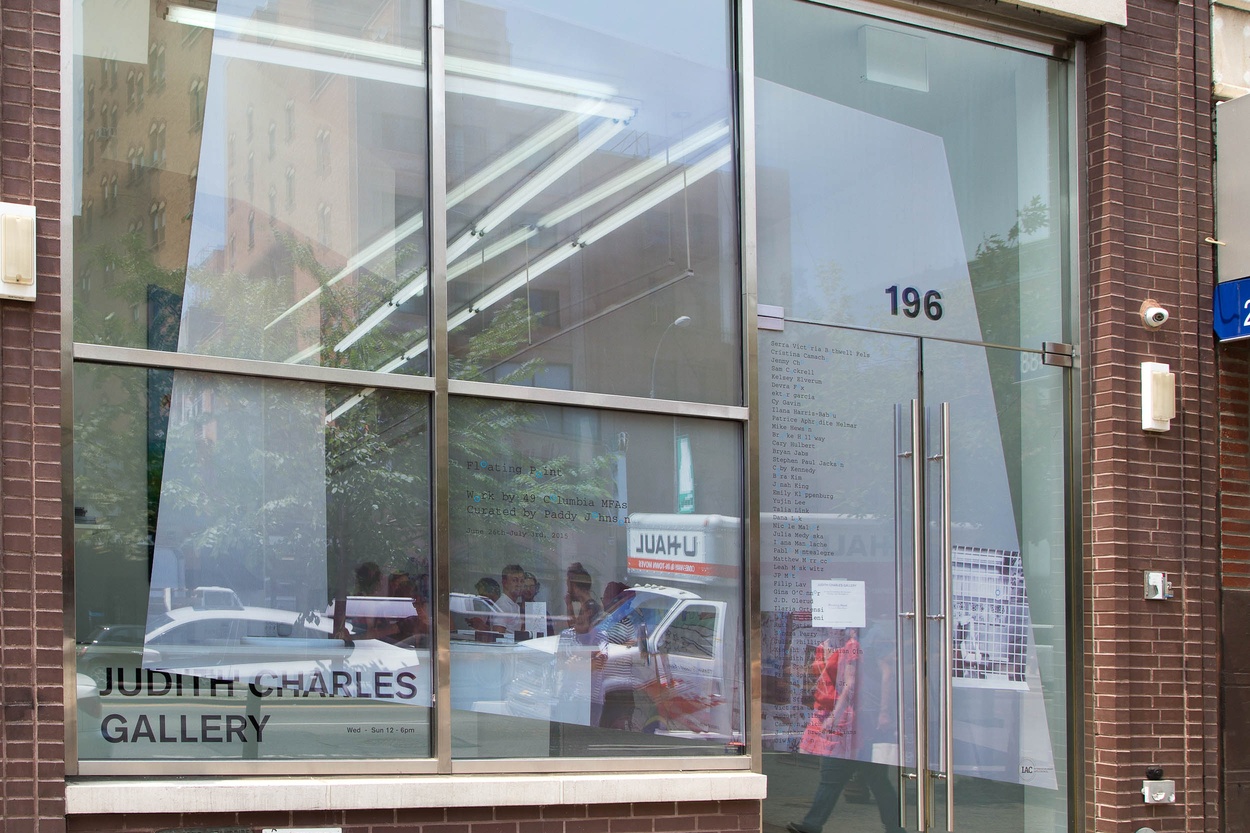 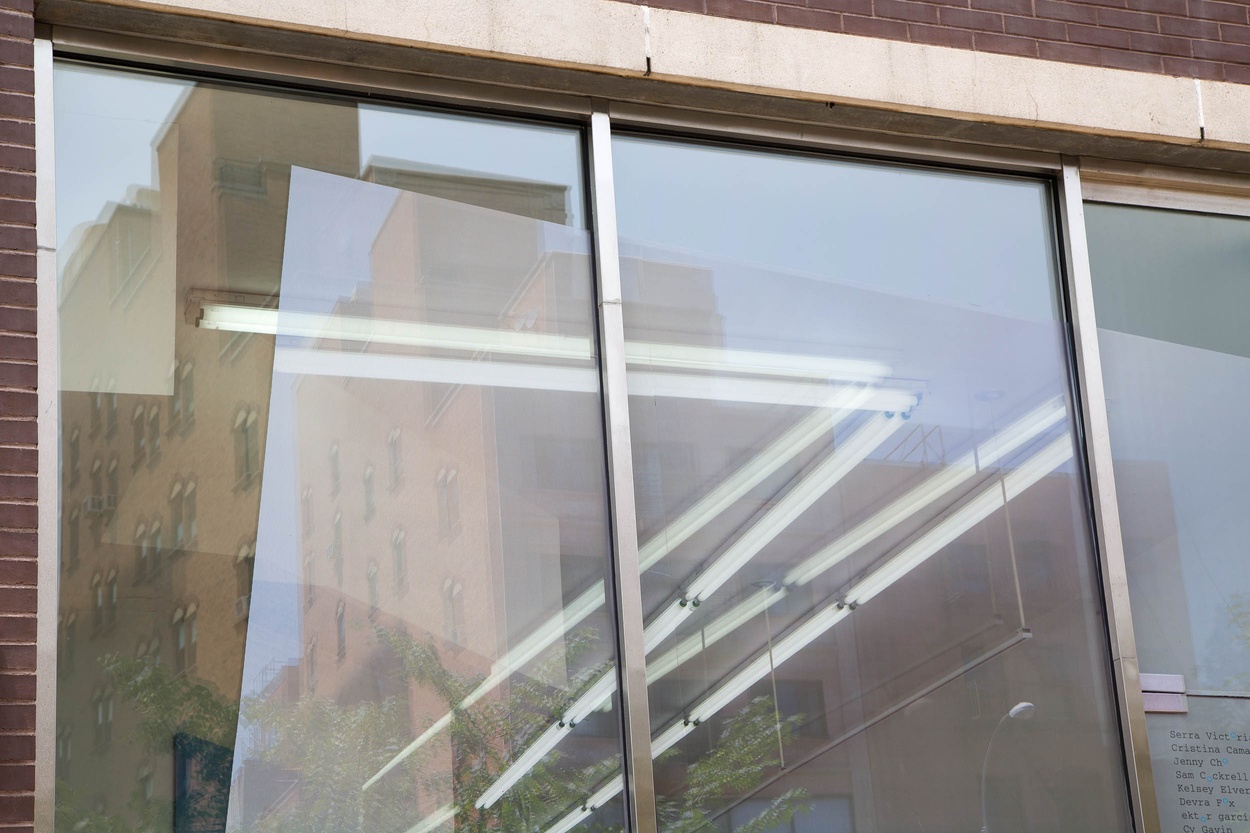 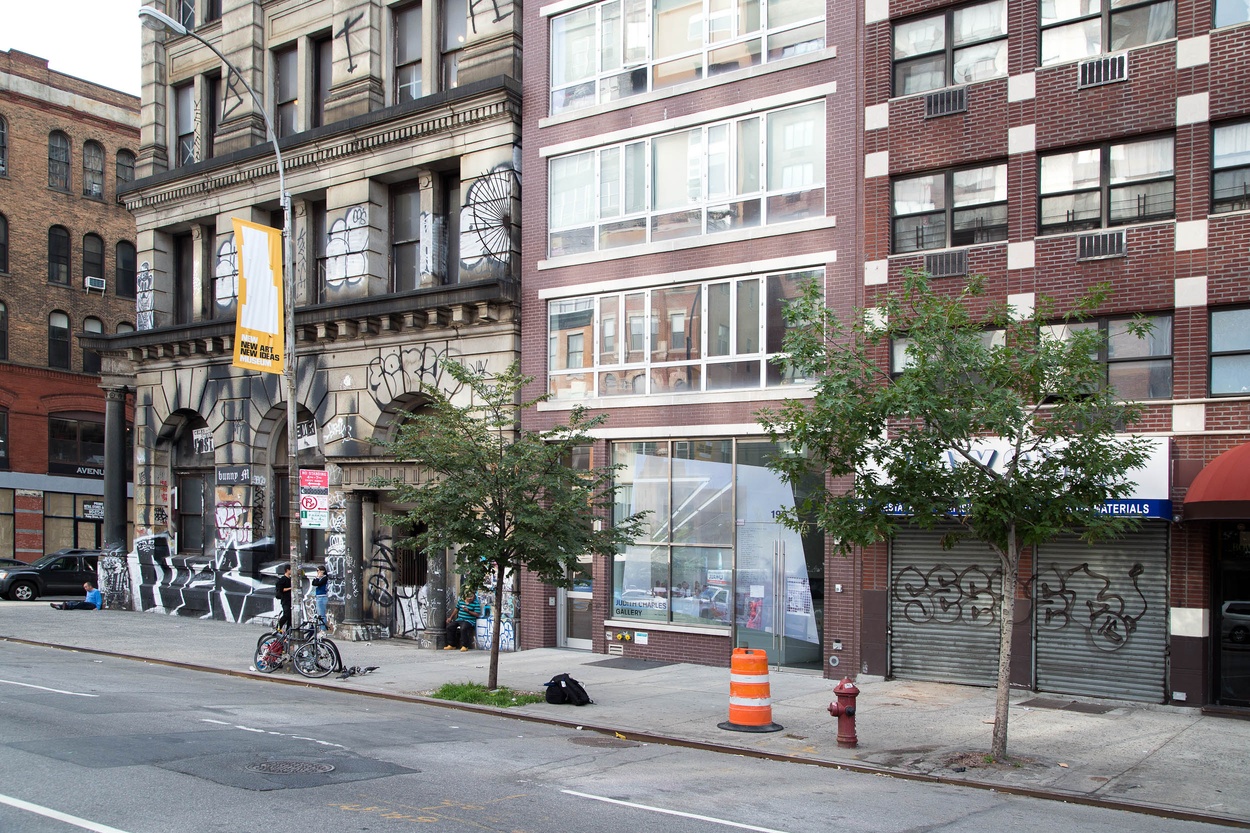 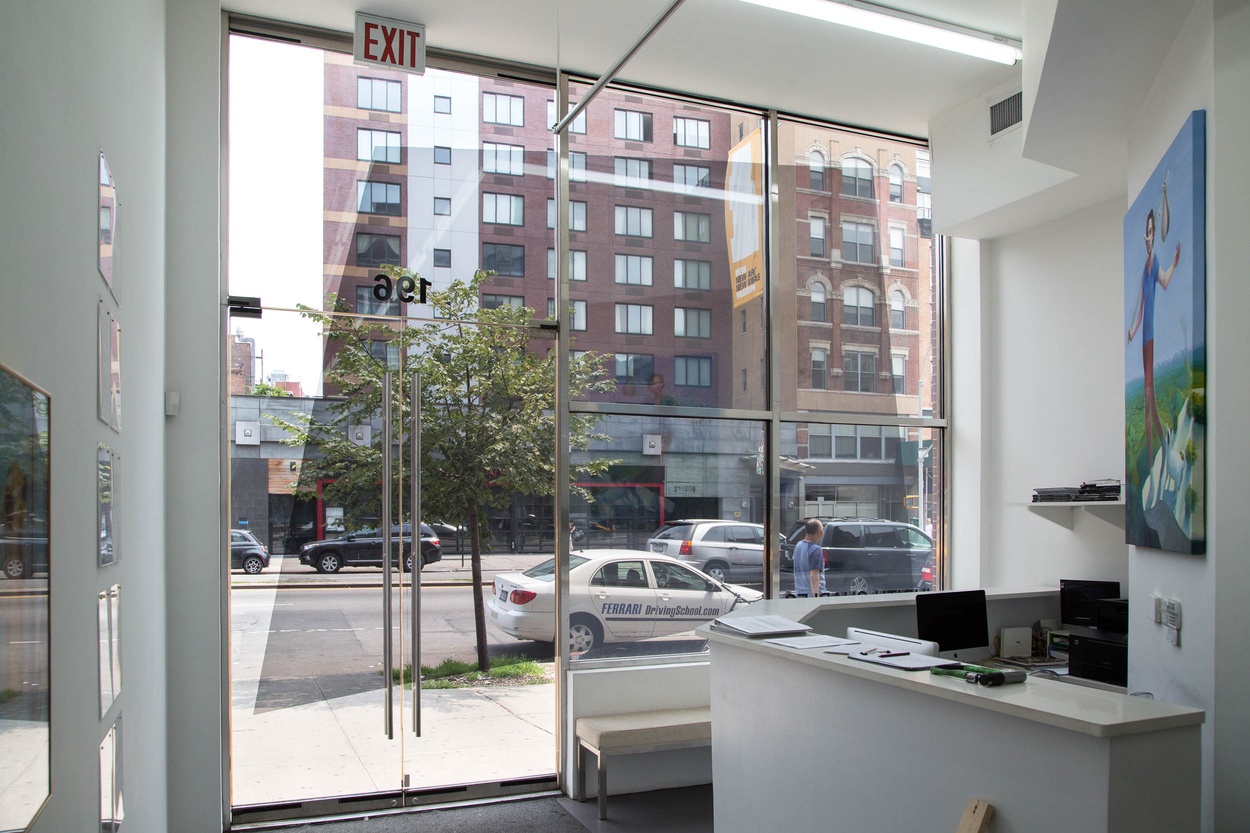 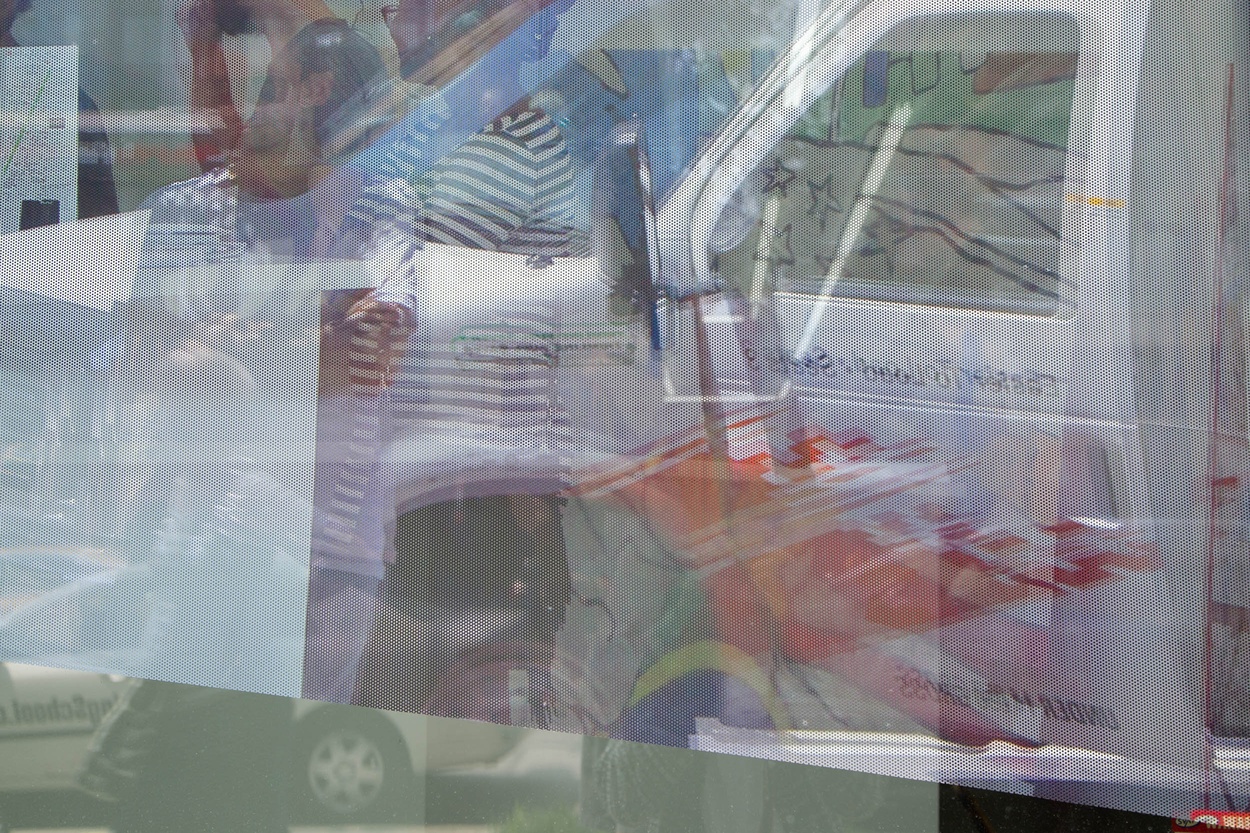 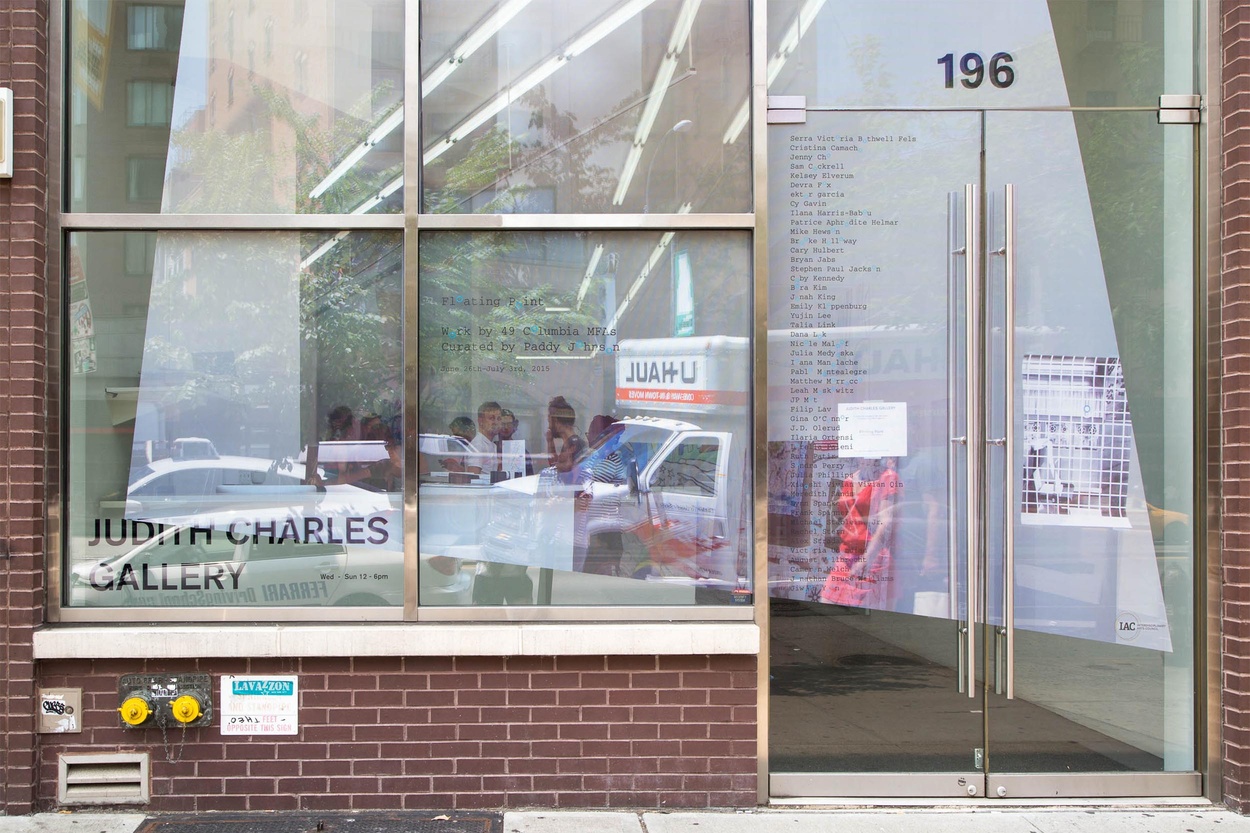 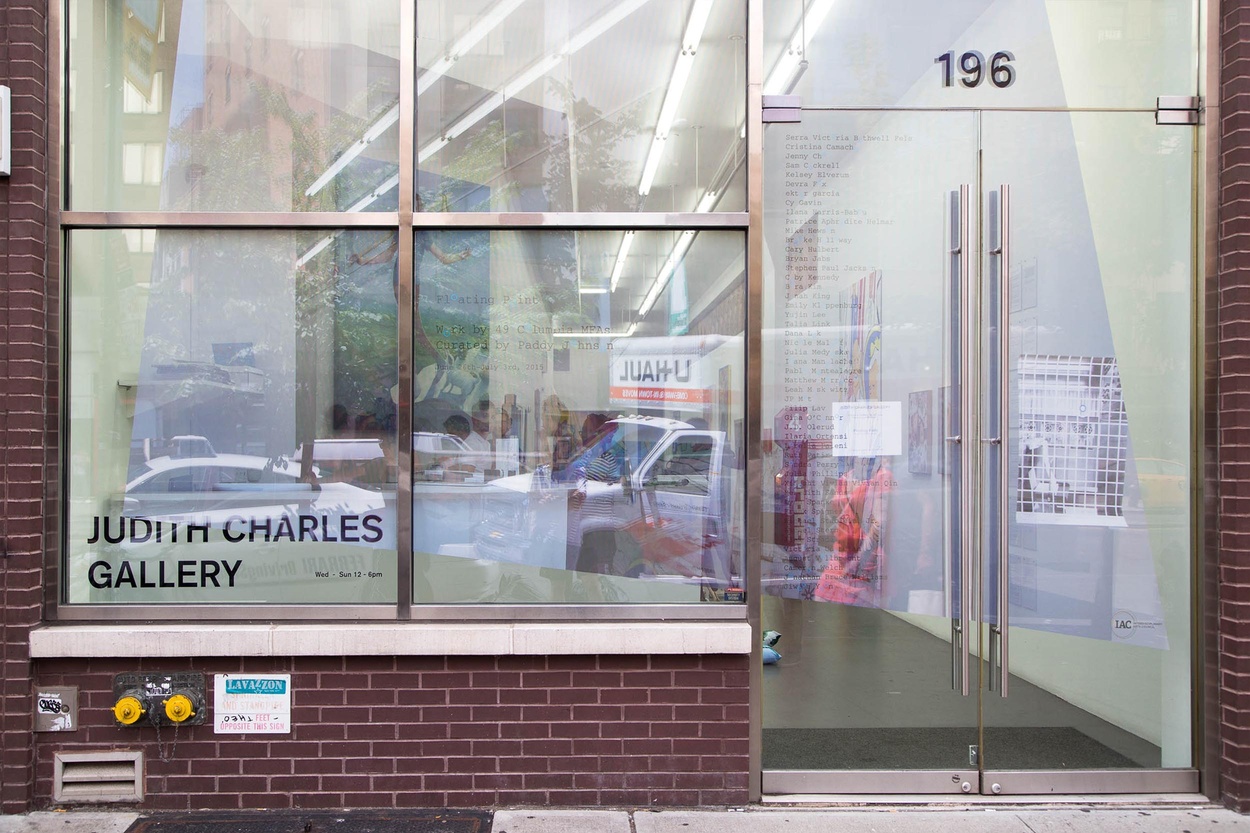 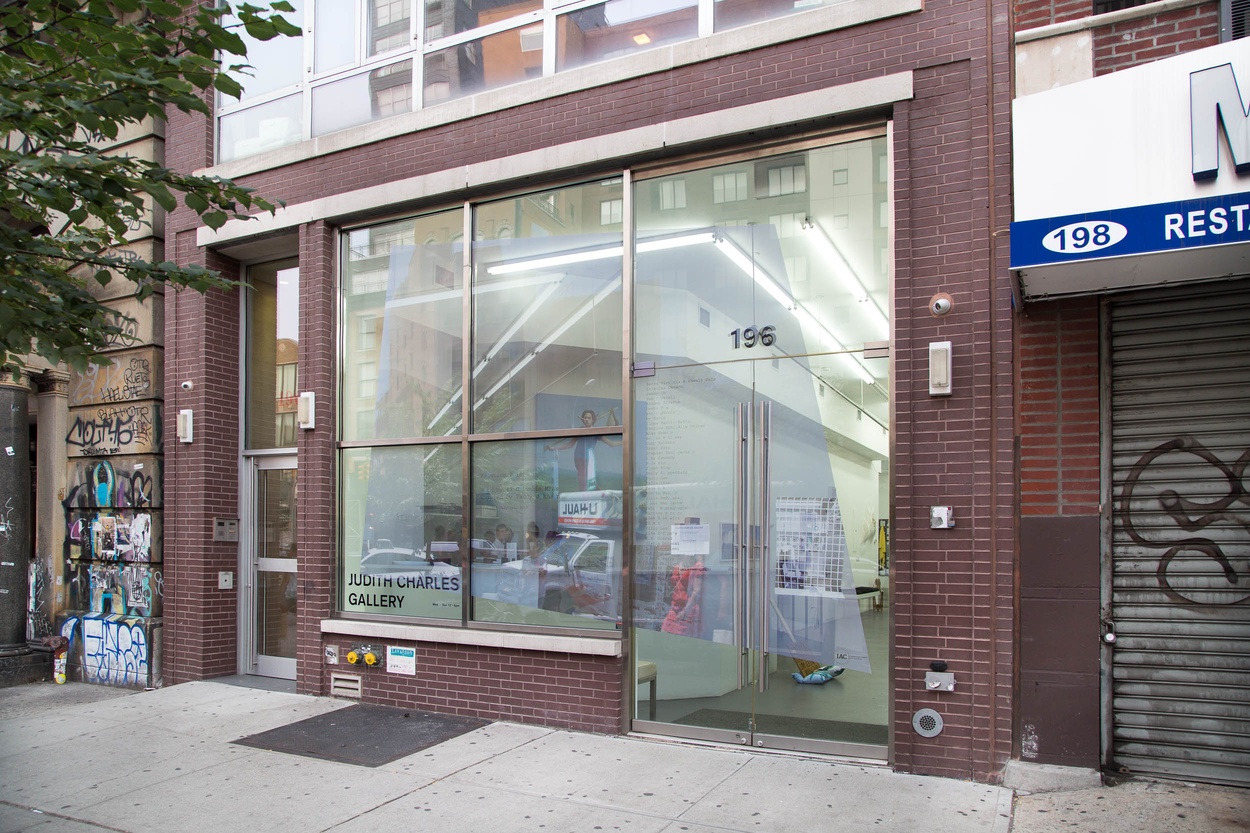 Columbia University and Judith Charles Gallery are pleased to debut Floating Point, an exhibition of 49 of New York's most promising young artists from the Columbia MFA program. The show includes work in all mediums—from browser bending video work to terrifying sculptural visions of the future to lush abstract painting.

Because the unifying thread of this exhibition is the shared space these artists make their work, the show's title pays homage to that building. Floating Point, a computational term that refers to a formula or code that approximates a real number, was first used in what is now the Columbia studios in Watson Hall. (Between 1948-1954 they housed the IBM 610, first personal computer and between 1955-1968 NORC the first supercomputer. Both used the formula.)

Perhaps more importantly though, Floating Point proves an apt allusion to art making processes that try to find a balance between ambiguity and precision. Unlike in computing, though, there's no fixed formula to achieve such harmony.

Paddy Johnoson is the founding Editor of Art F City and maintains a column on digital art for Artnet. In addition to her work on the blog, she has been published in magazines such as New York Magazine, The New York Times and The Economist. Paddy lectures widely about art and the Internet at venues including Yale University, Parsons, Rutgers, South by Southwest, and the Whitney Independent Study Program. In 2007 she received a scholarship to attend iCommons conference in Croatia as the art critic in residence. In 2008, she served on the board of the Rockefeller Foundation New Media Fellowships and became the first blogger to earn a Creative Capital Arts Writers grant from the Creative Capital Foundation. Paddy was nominated for best art critic at The Rob Pruitt Art Awards in 2010 and 2013. In 2014, she was the subject of a VICE profile for her work as an independent art blogger. Paddy also likes to curate.

The Visual Arts Program at Columbia University School of the Arts attracts emerging artists of unusual promise from around the world. They join a vigorous community, working alongside an exceptional faculty at a world-renowned research institution in New York City, the center of the art world.