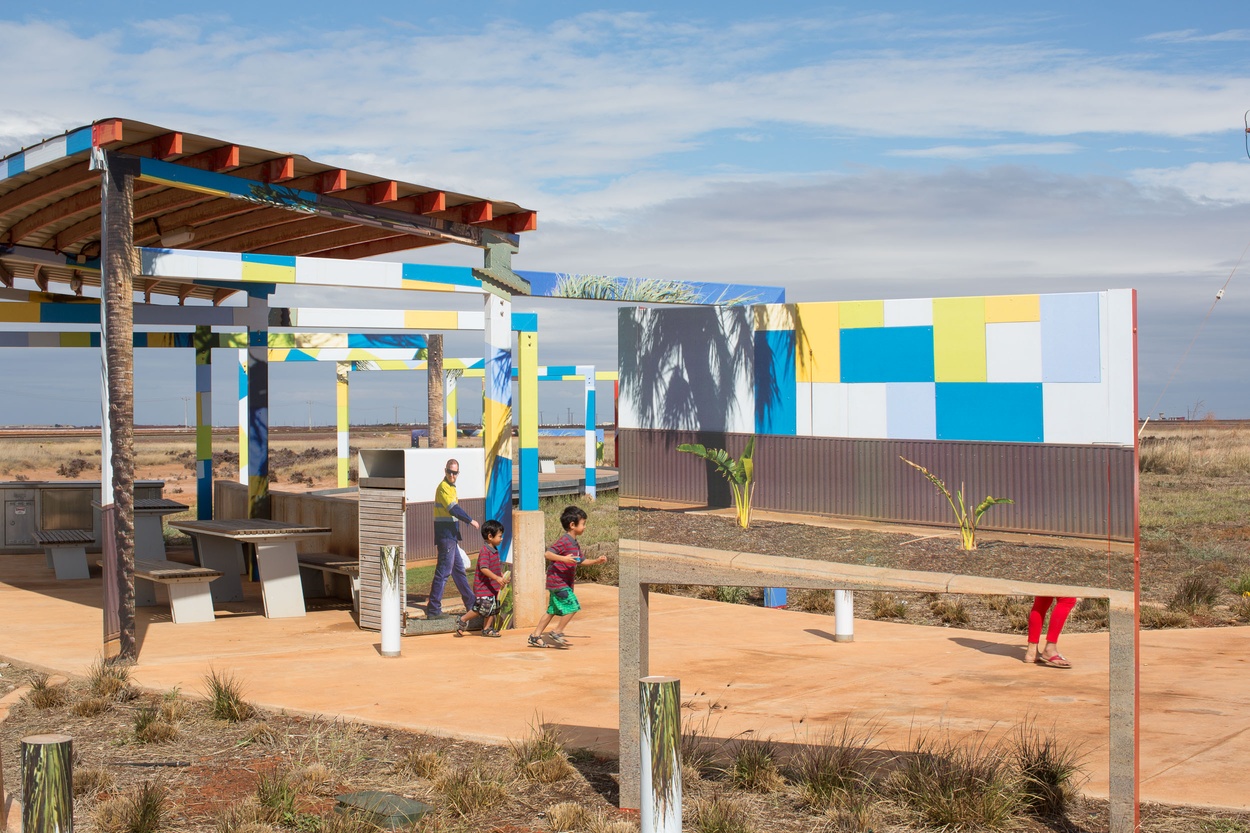 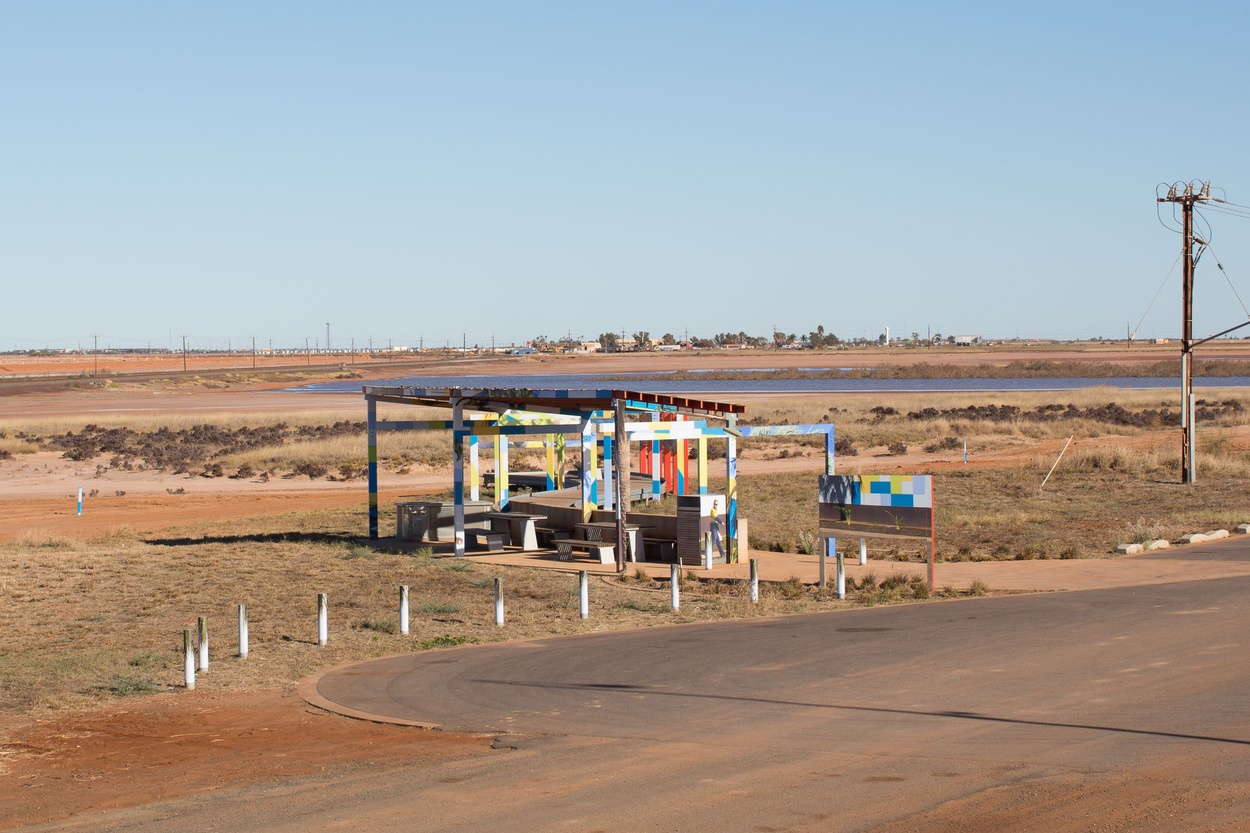 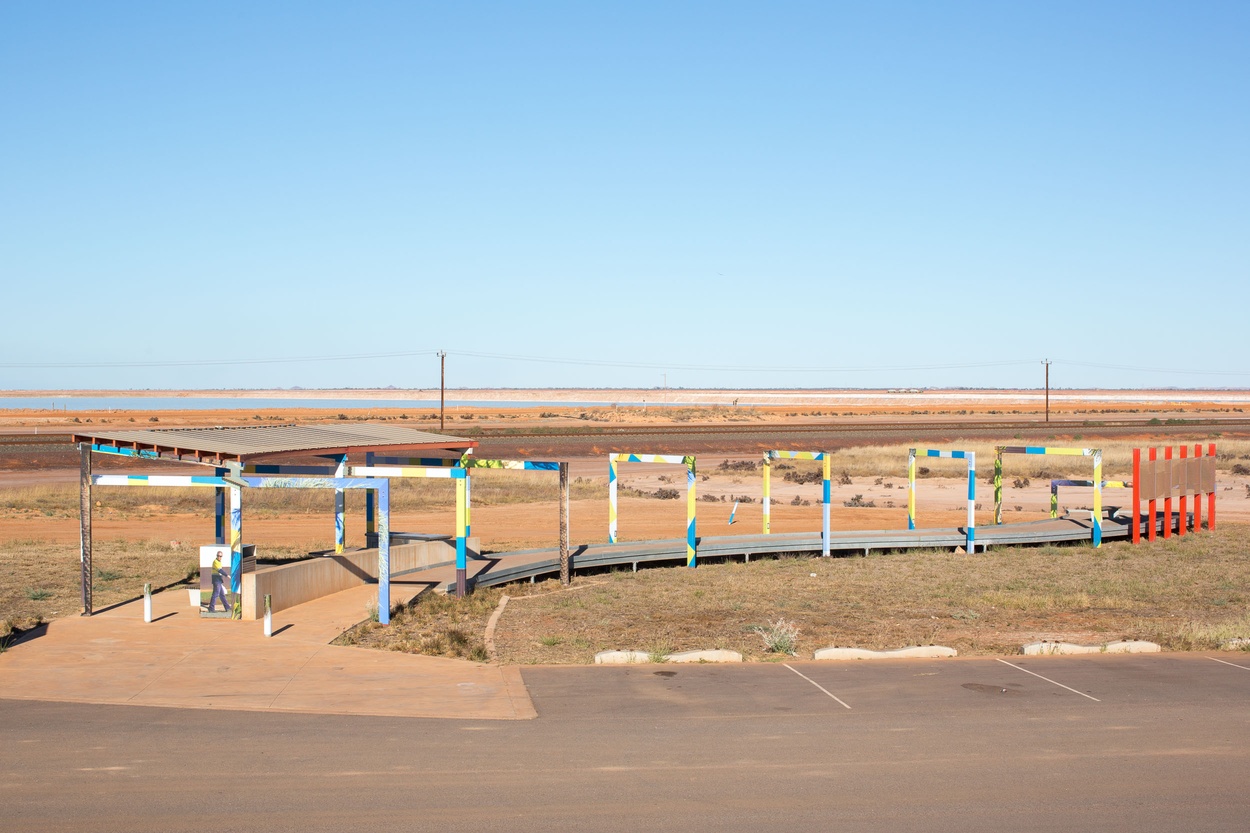 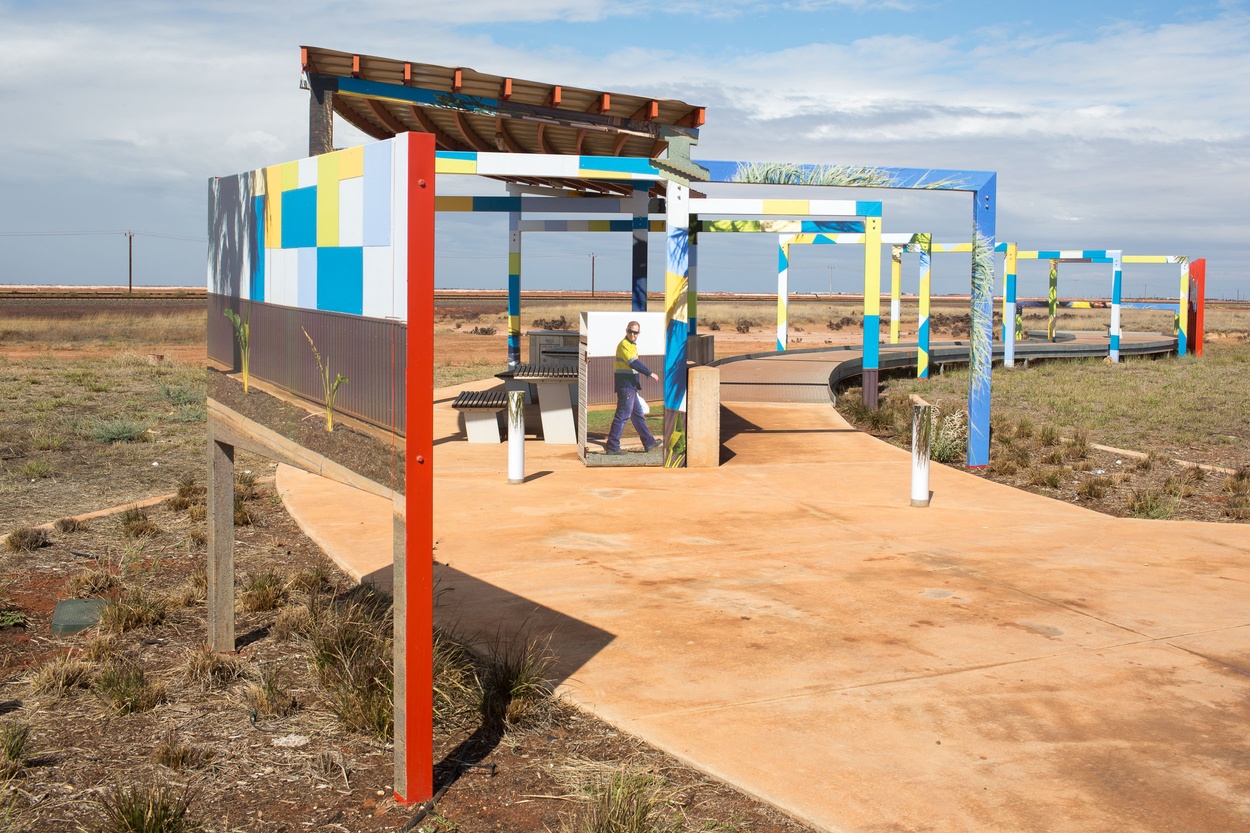 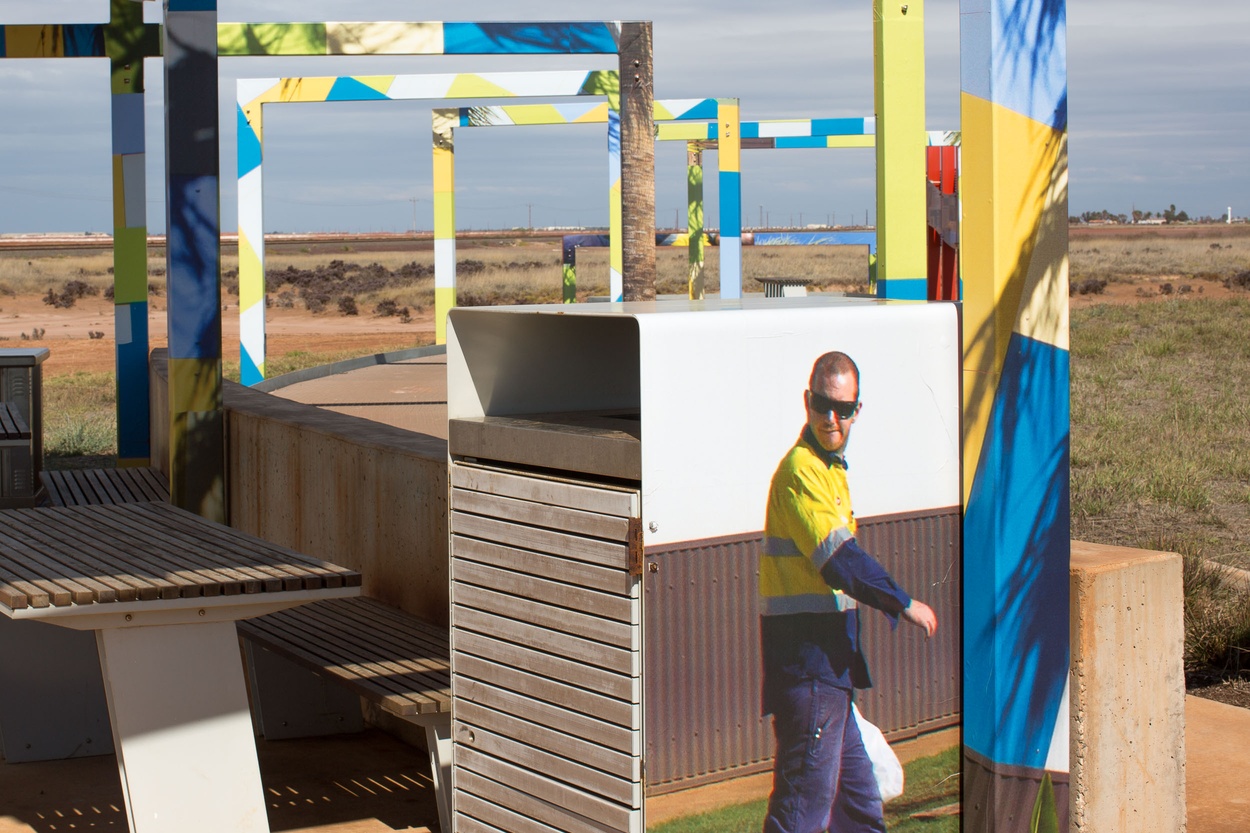 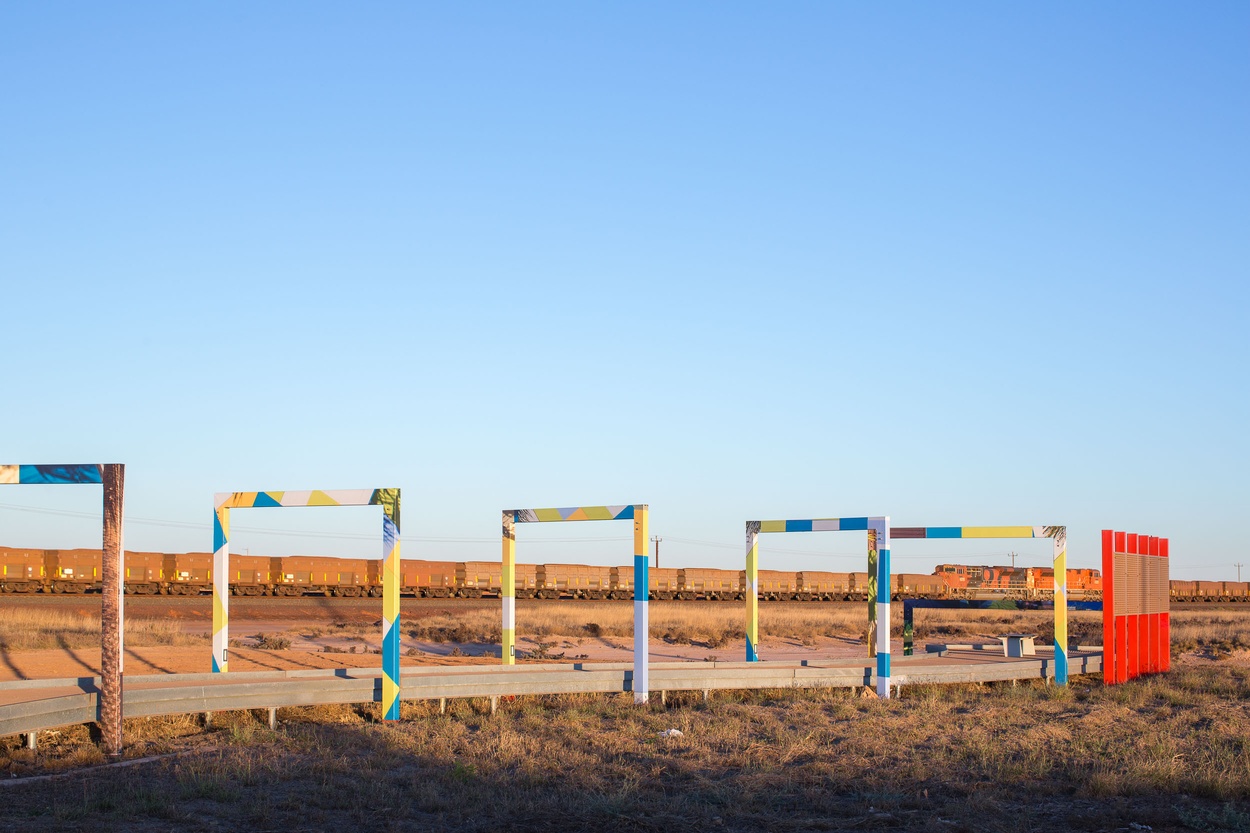 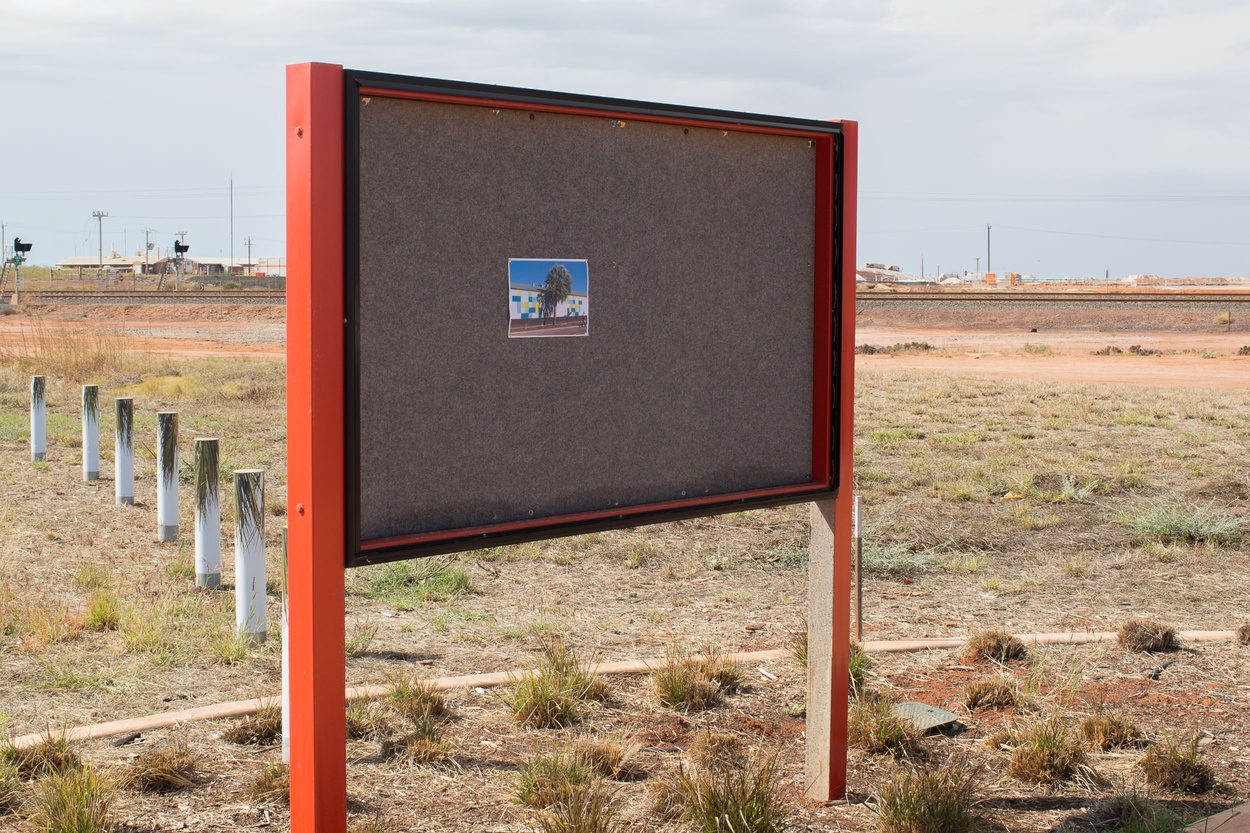 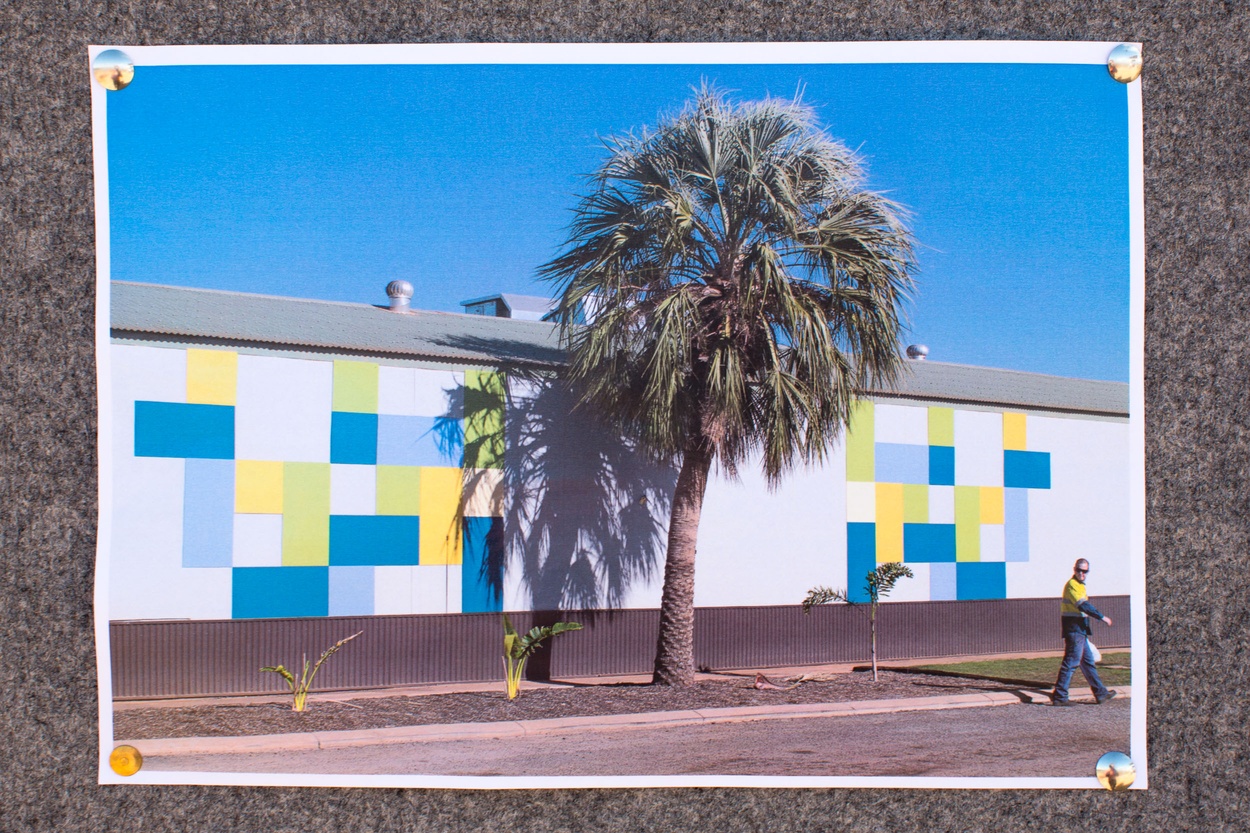 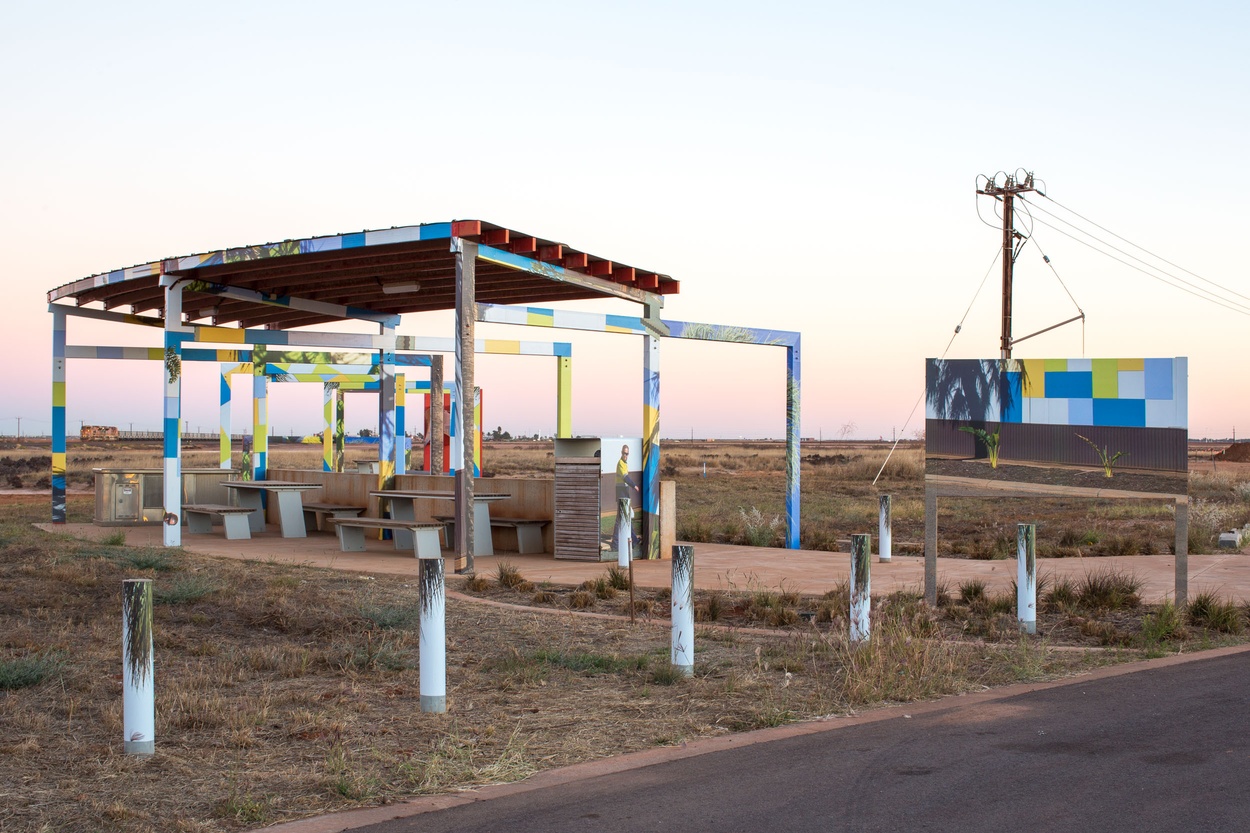 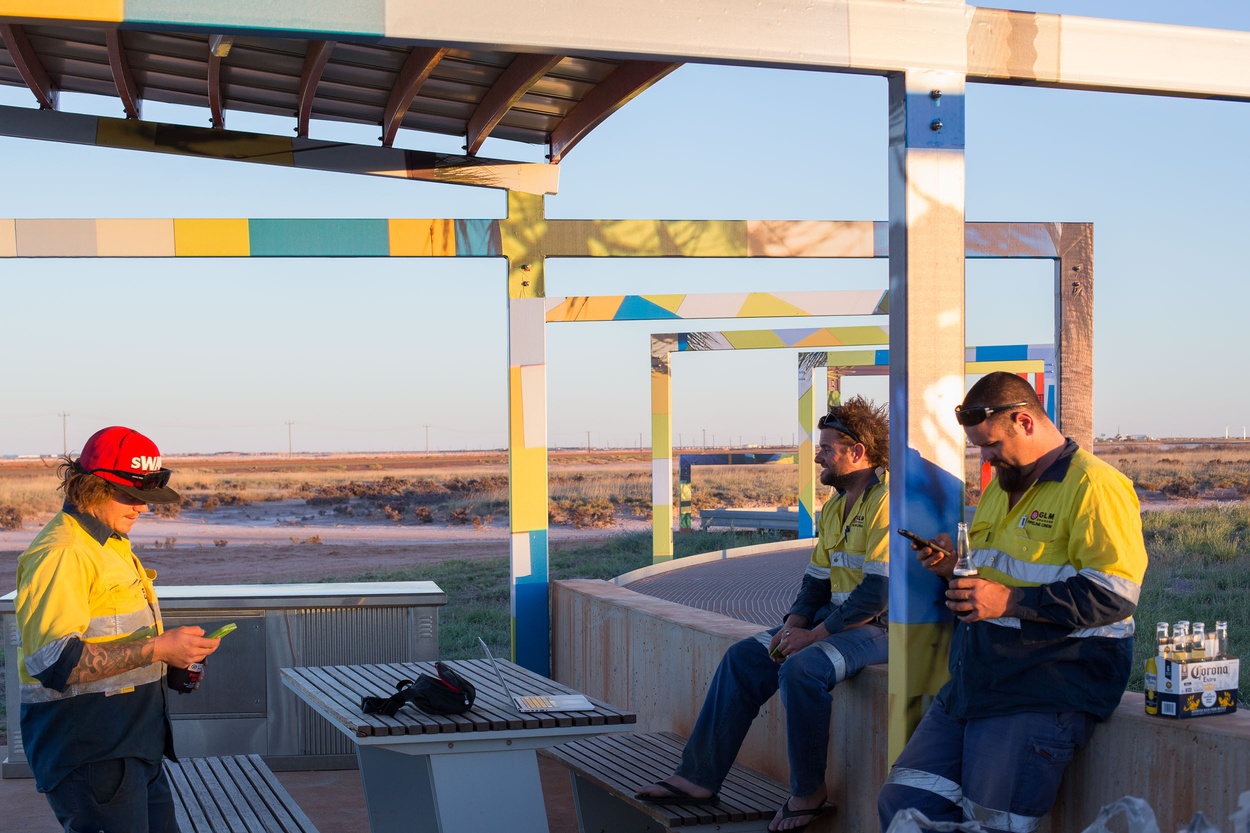 "Red BBQ Area" was an unofficial temporary installation project that covered a road-side rest area with slivers of a photograph from a nearby iron-ore mine workers camp.

The rest area is roughly halfway along the short drive between Port and South Hedland. Port Hedland (pop. 14,000) is the second largest town in the Pilbara Region and primarily operates as a port offloading facility for the Western Australia's mining industry. The immense private profits from mining boom are occassionally forced to spill over into the local community. This typically results in the construction of expensive, 'colourful' and oddly-placed public facilities that rarely align with the resident's needs.

A collaboration project with Elisa Trifunoski.