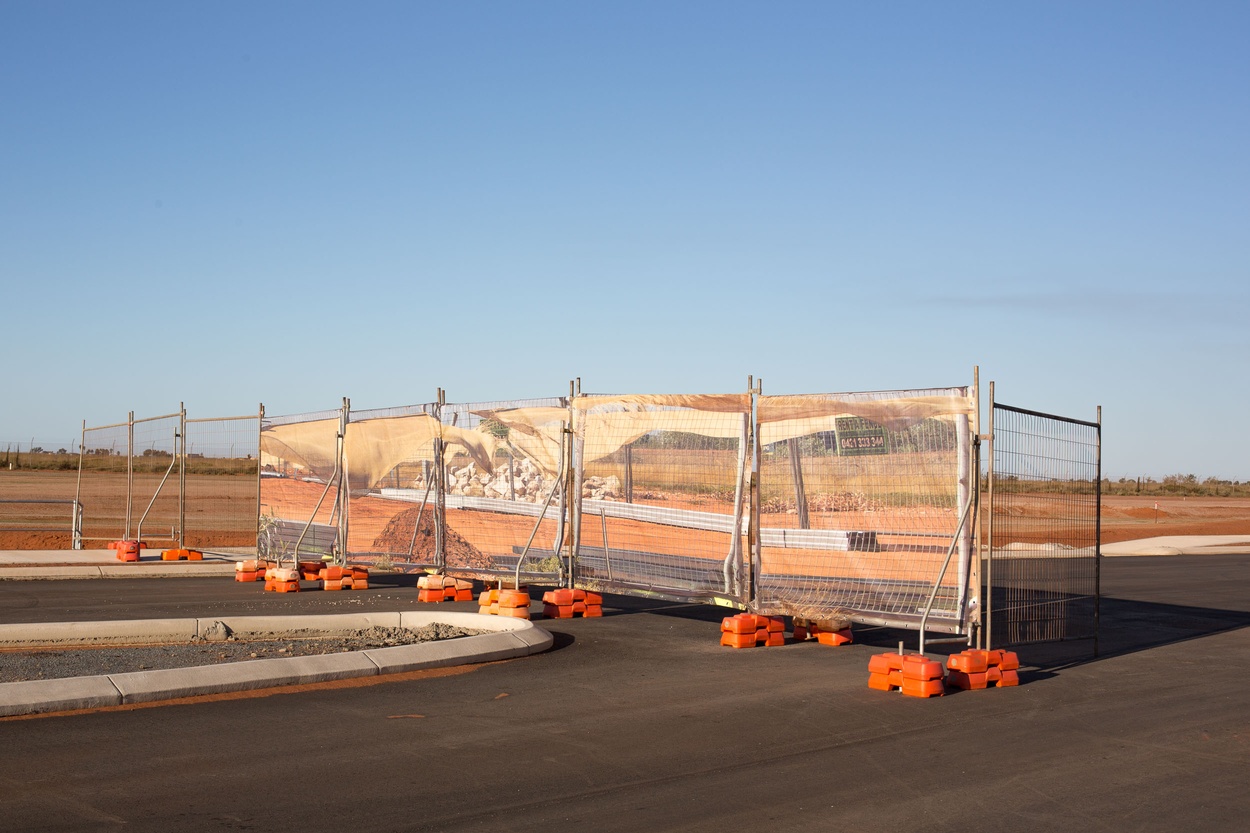 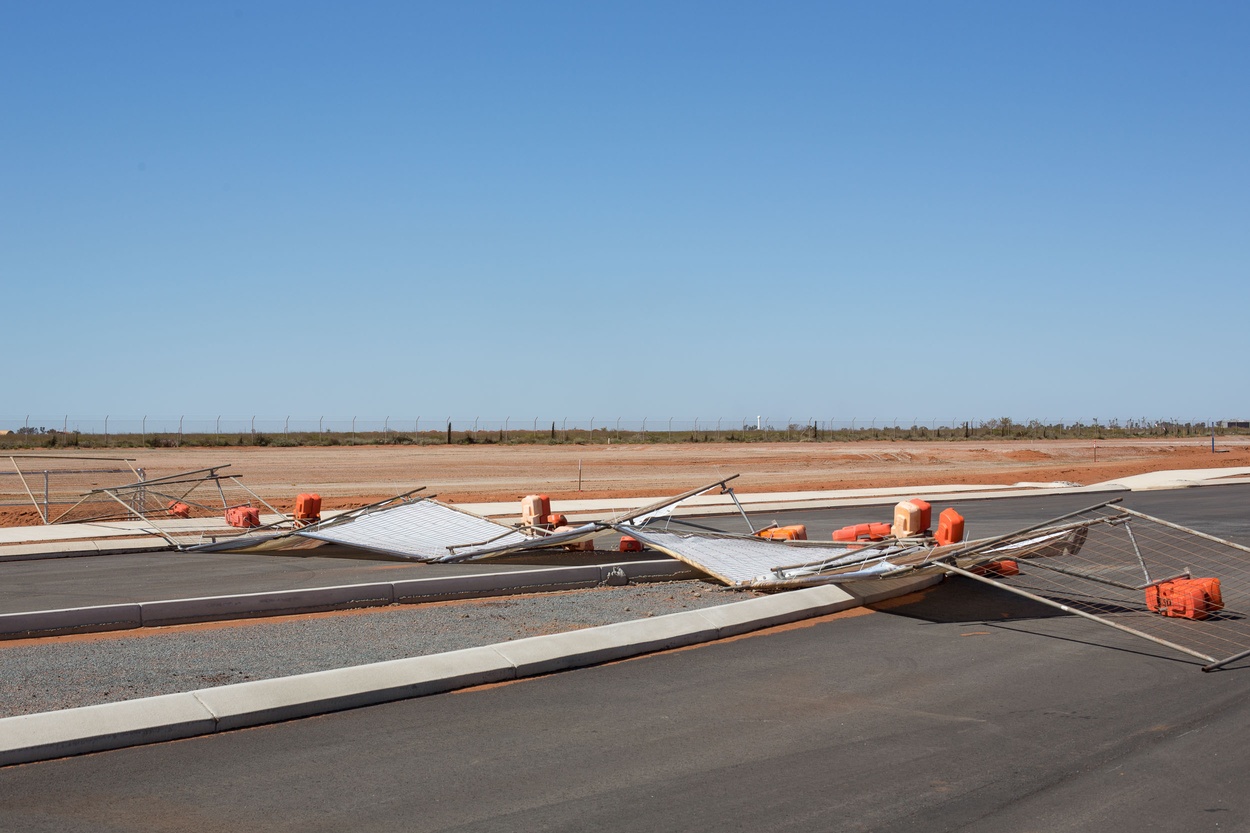 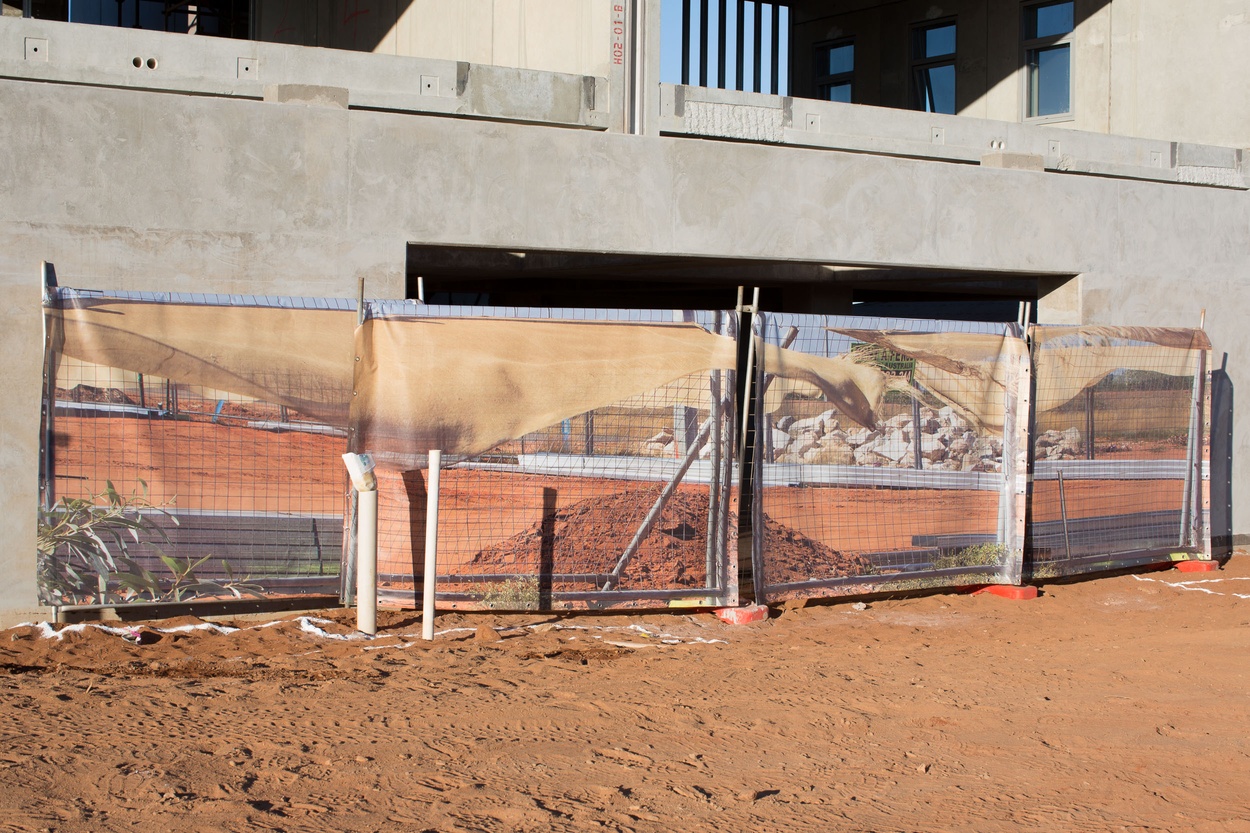 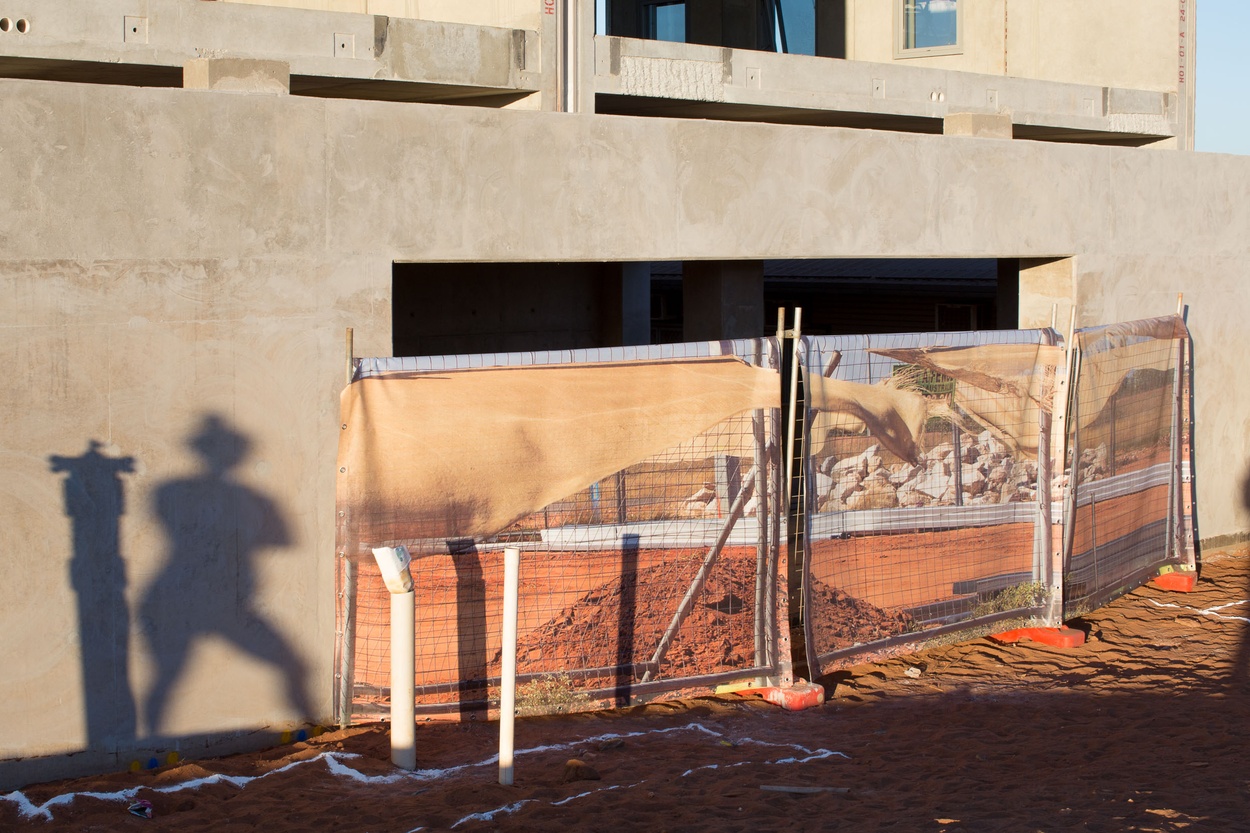 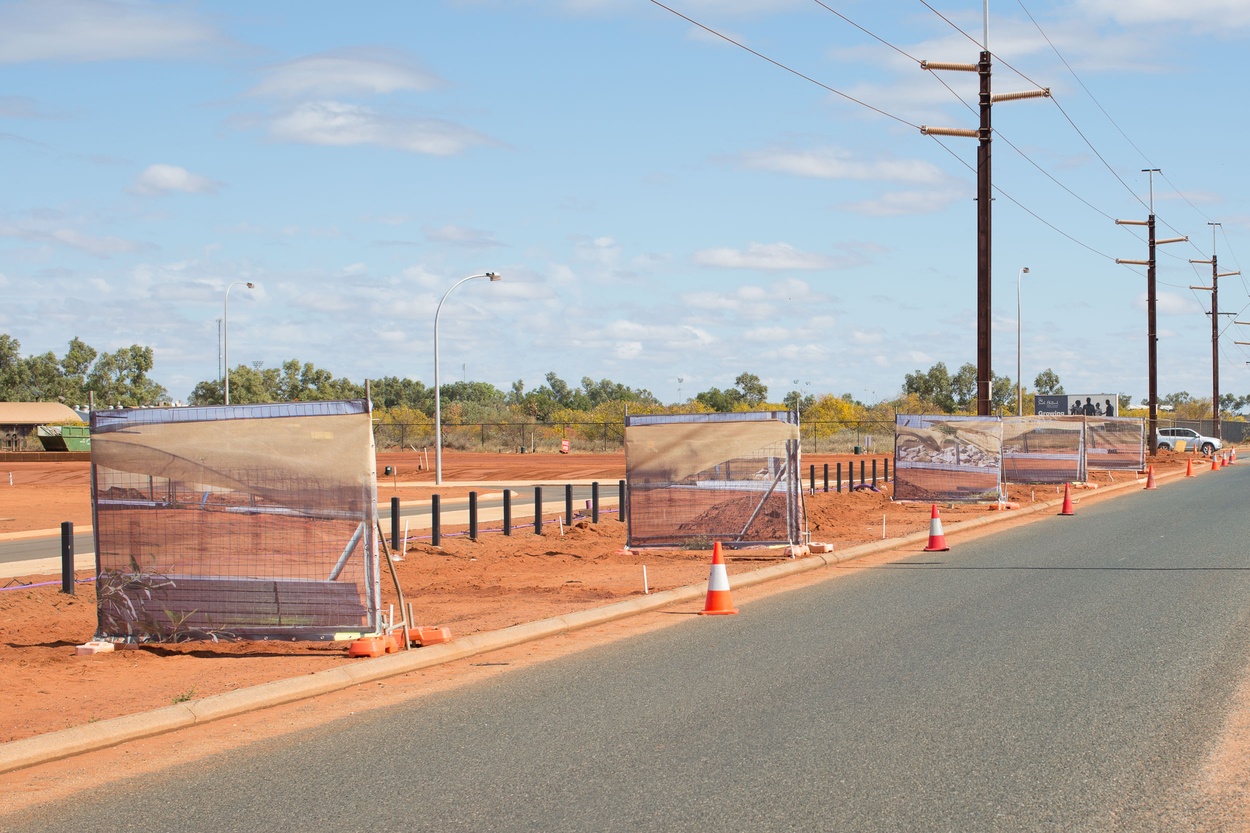 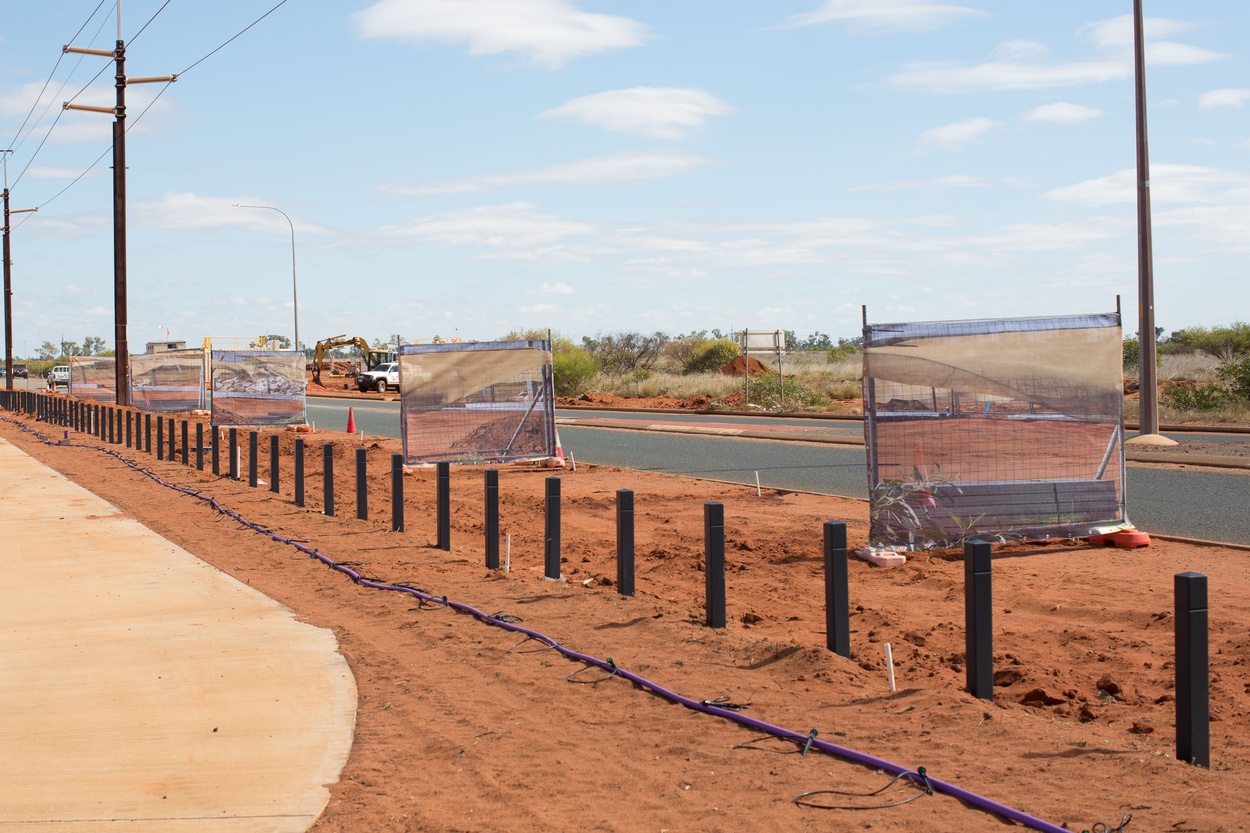 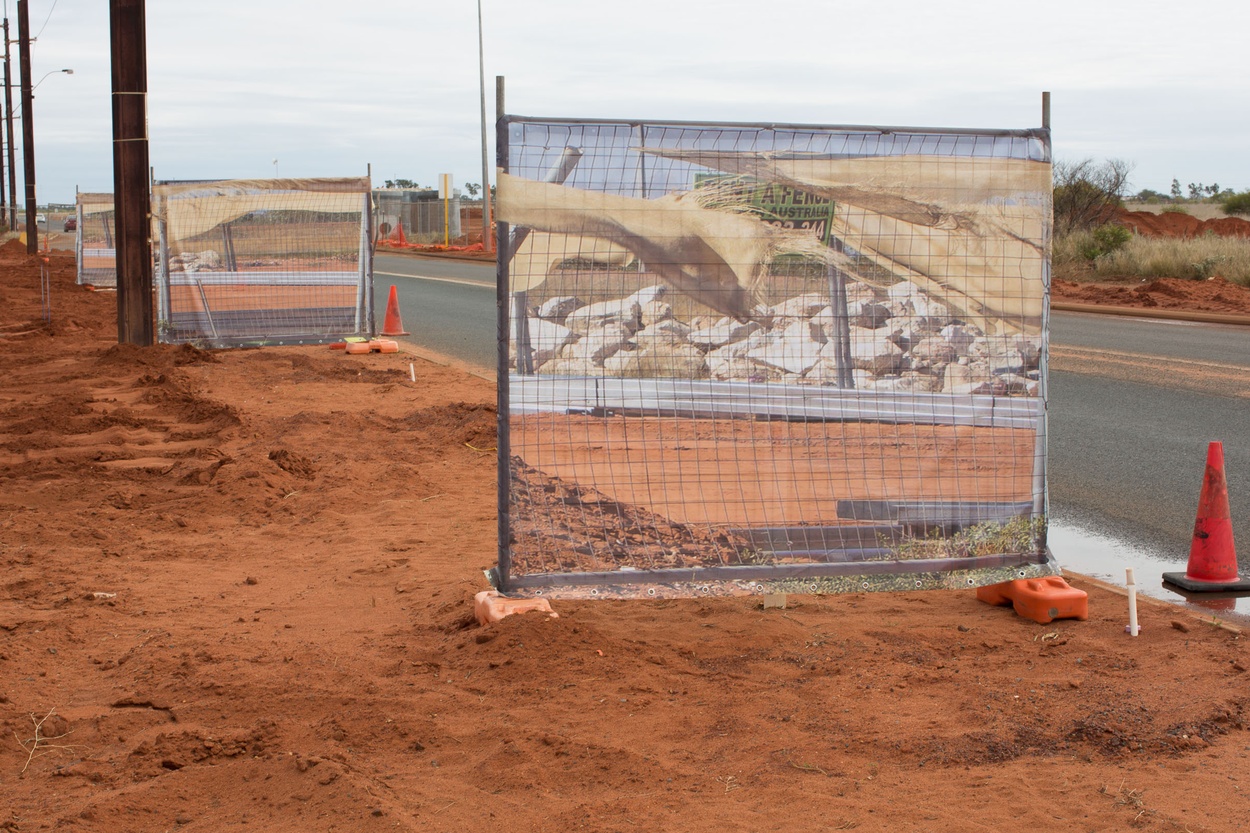 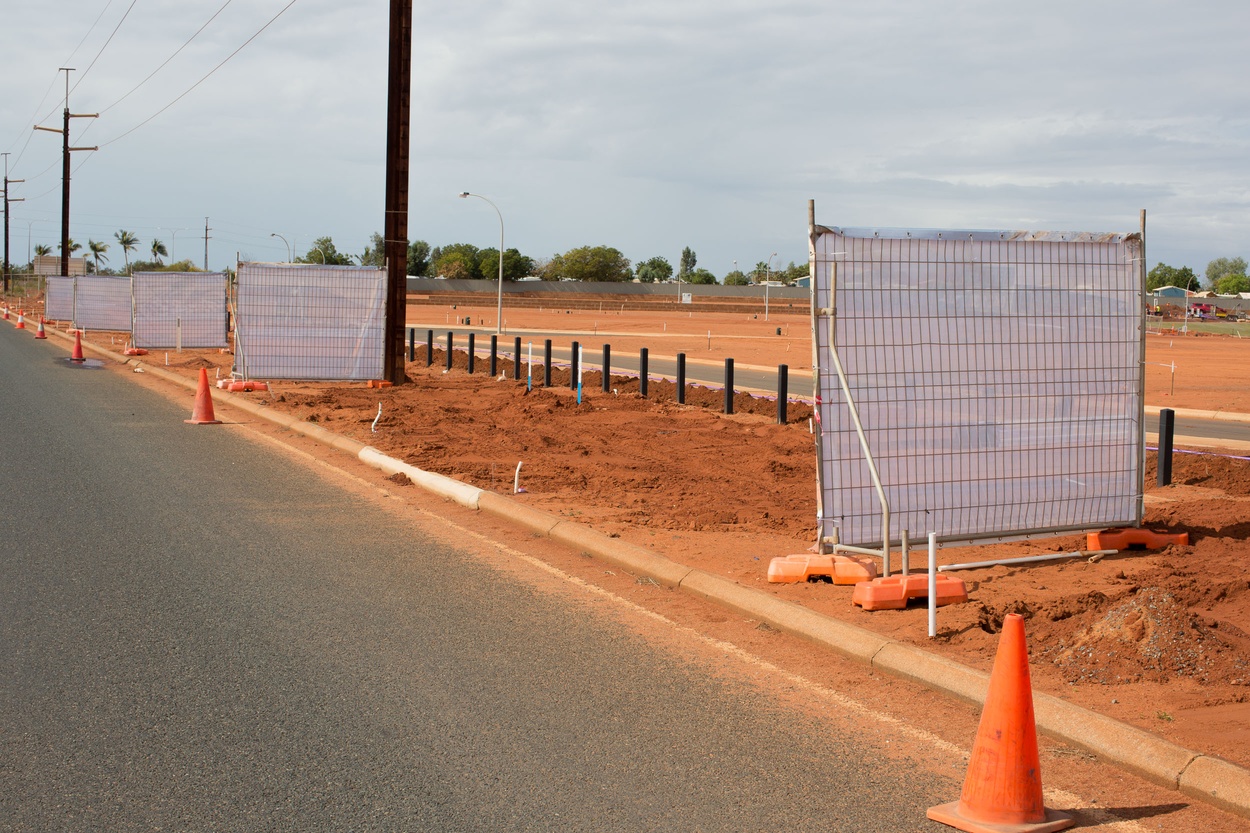 The "Blowing Fence" project unoffically tours some fabric around a series of construction sites in Port Hedland. Hedland (pop. 14,000) is the second largest town in the Pilbara Region and primarily operates as a port offloading facility for the Western Australia's mining industry. It is by tonnage the busiest port in Australia. The iron-ore export rush to China in the late 00's and early 10's caused an insane demand for mining infrastructure expansion and hence worker housing (a housing bubble that has since popped). This generated rapid development of enormous proportions for such a small town. The entire town in the middle of nowhere was under construction, and all it's people worked in construction. Part of a collaboration with Elisa Trifunoski.