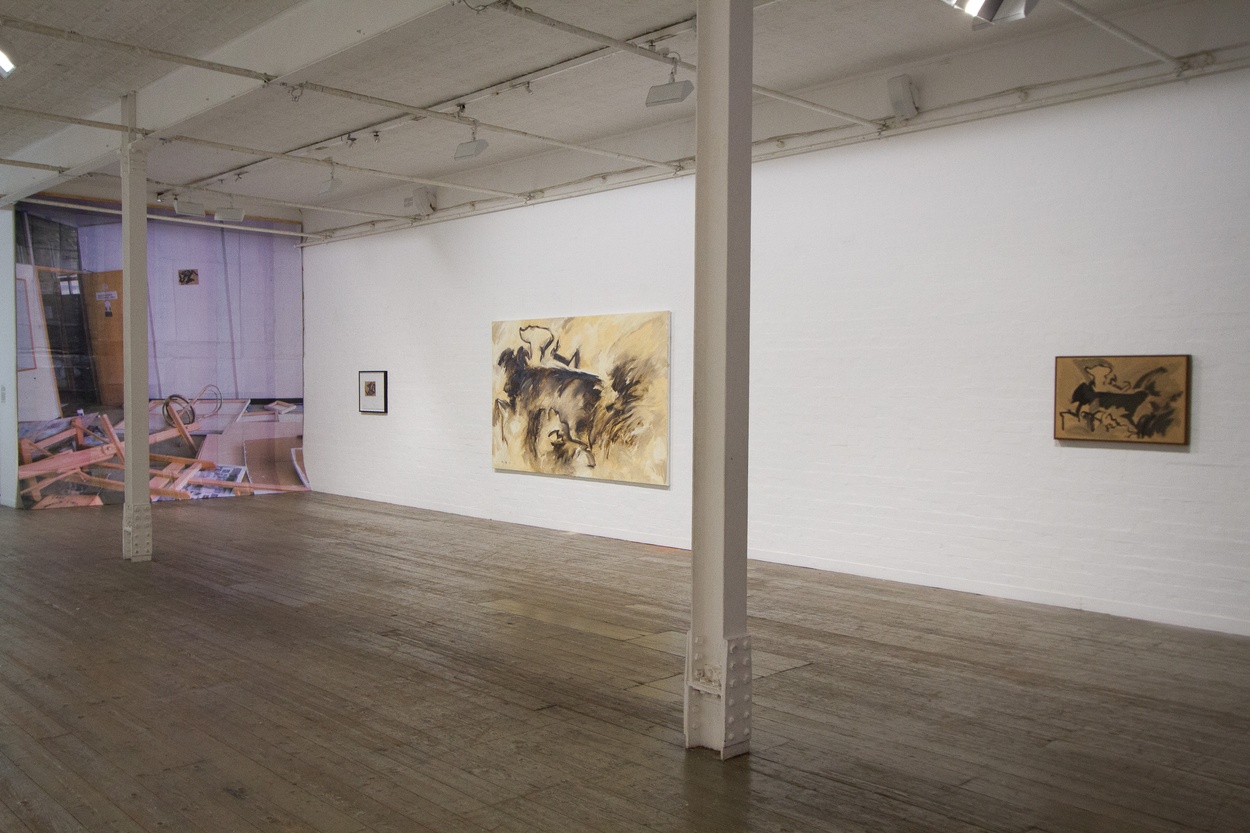 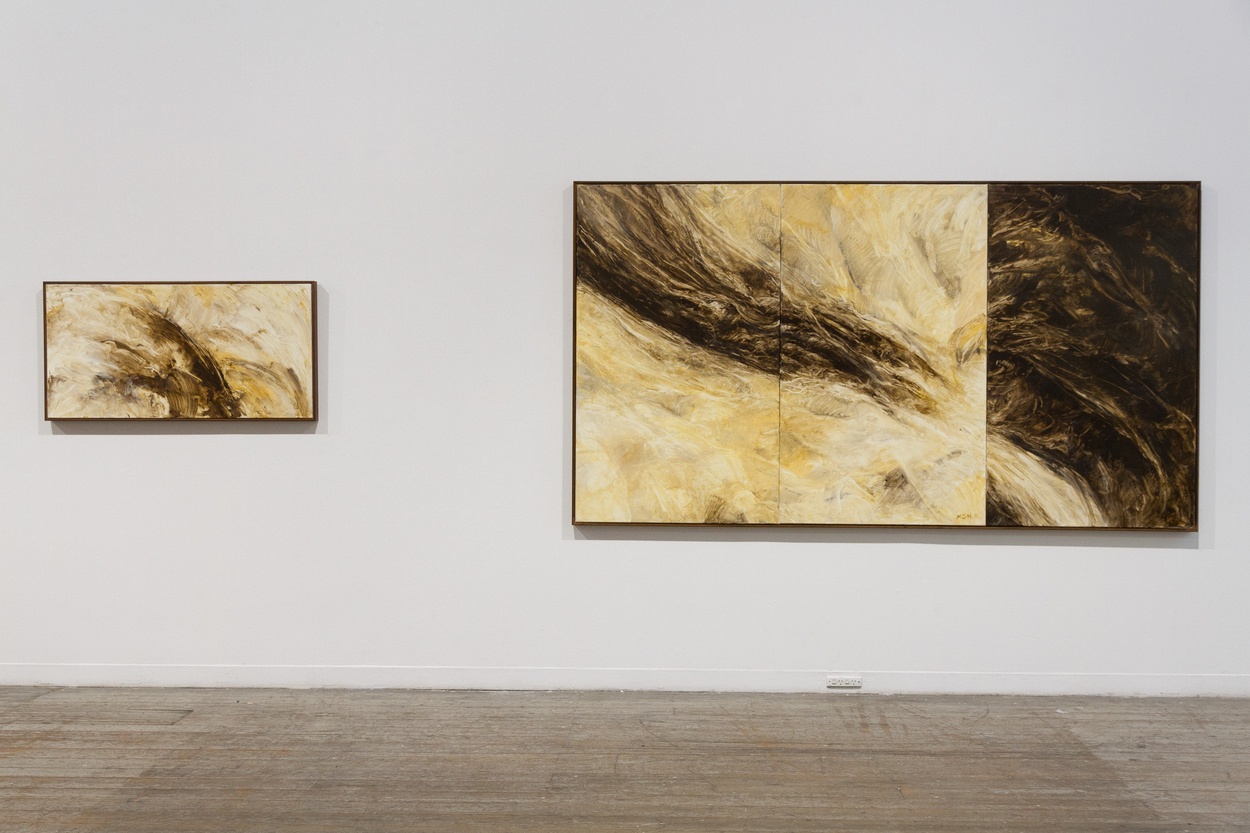 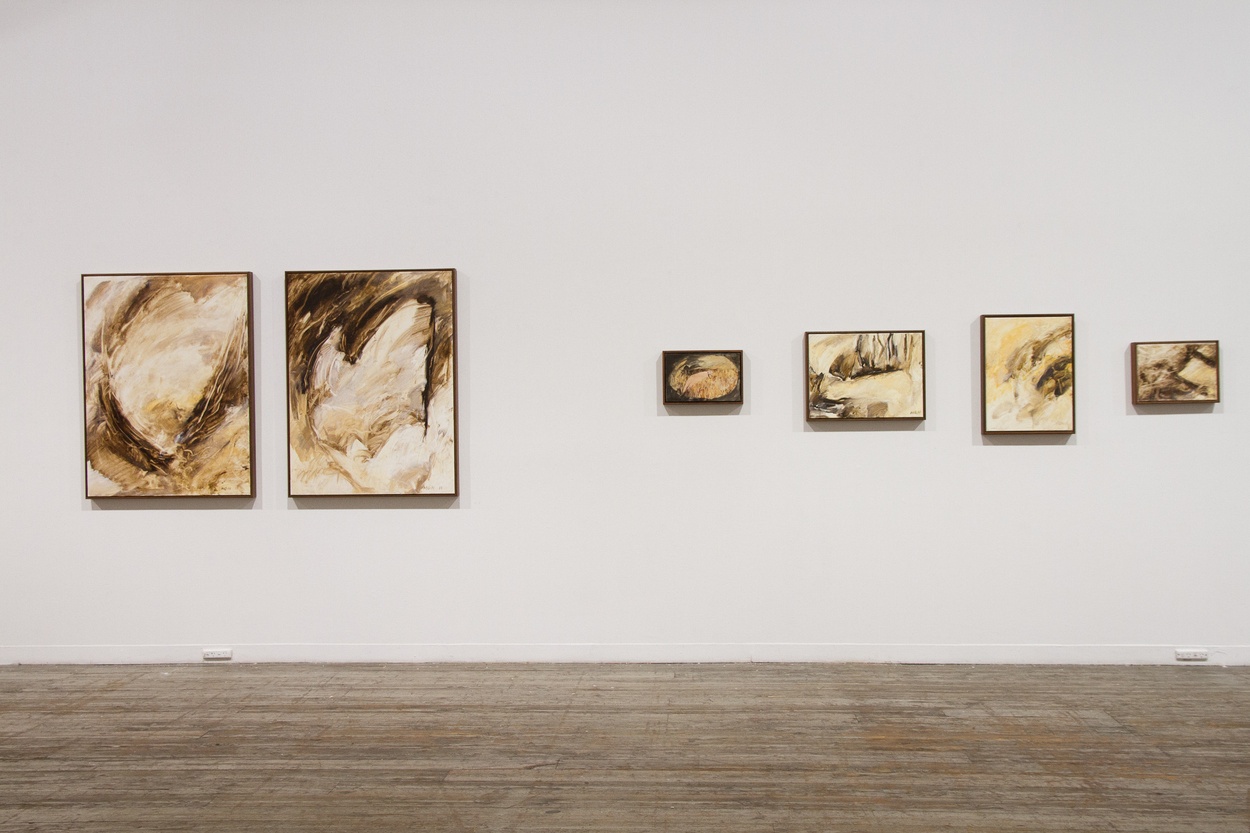 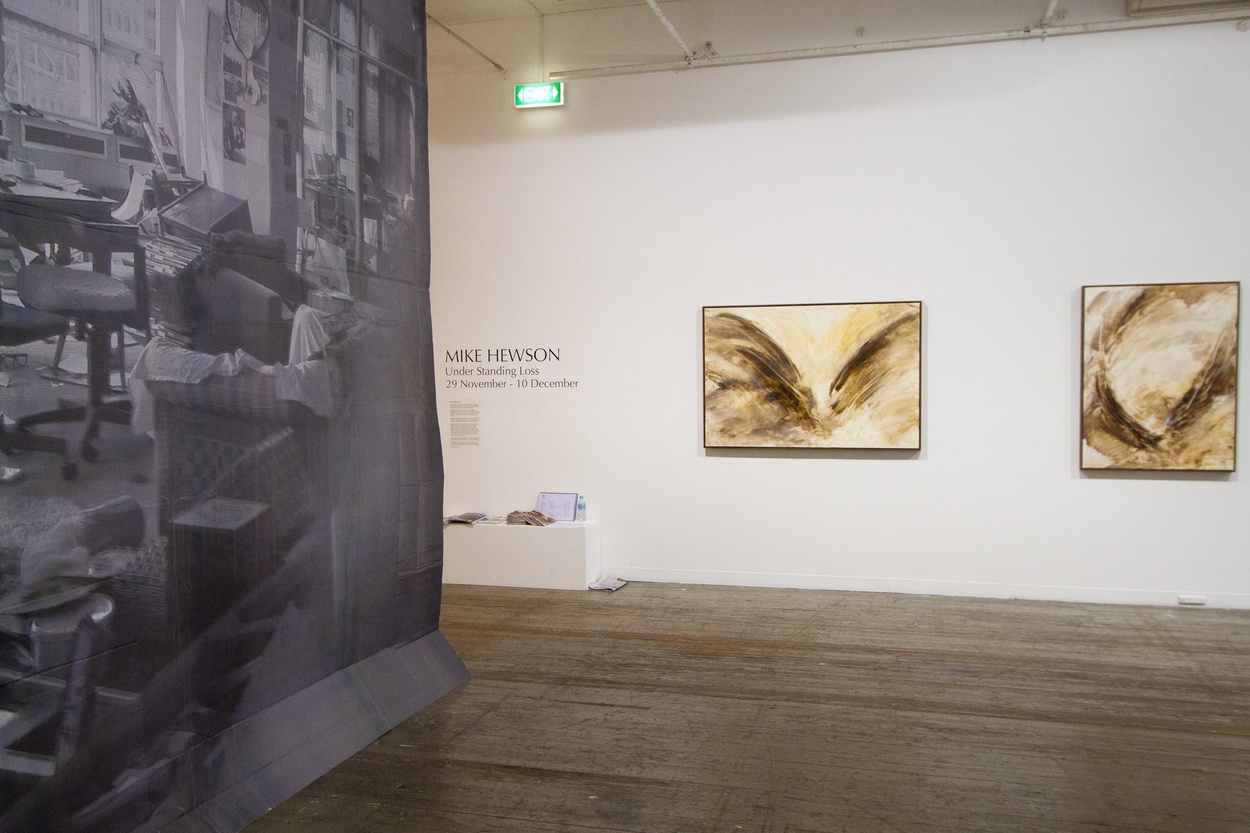 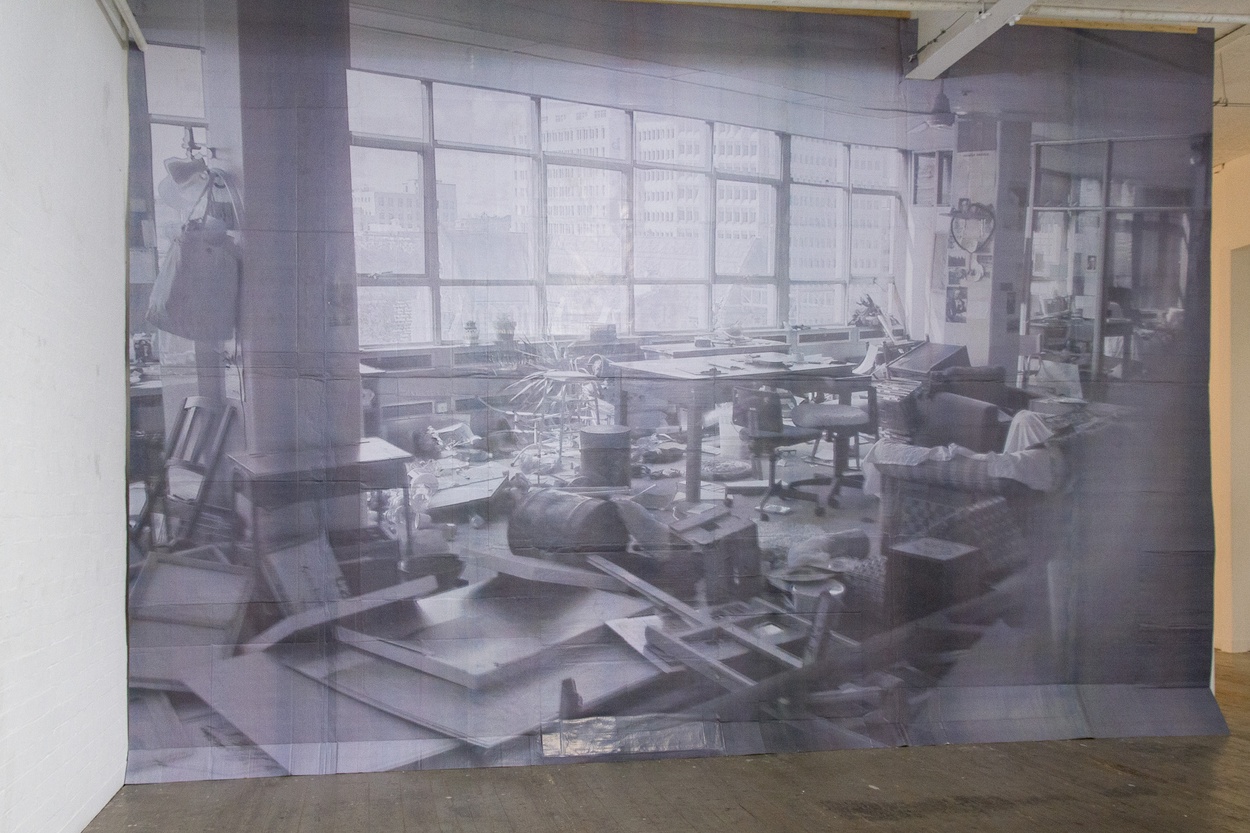 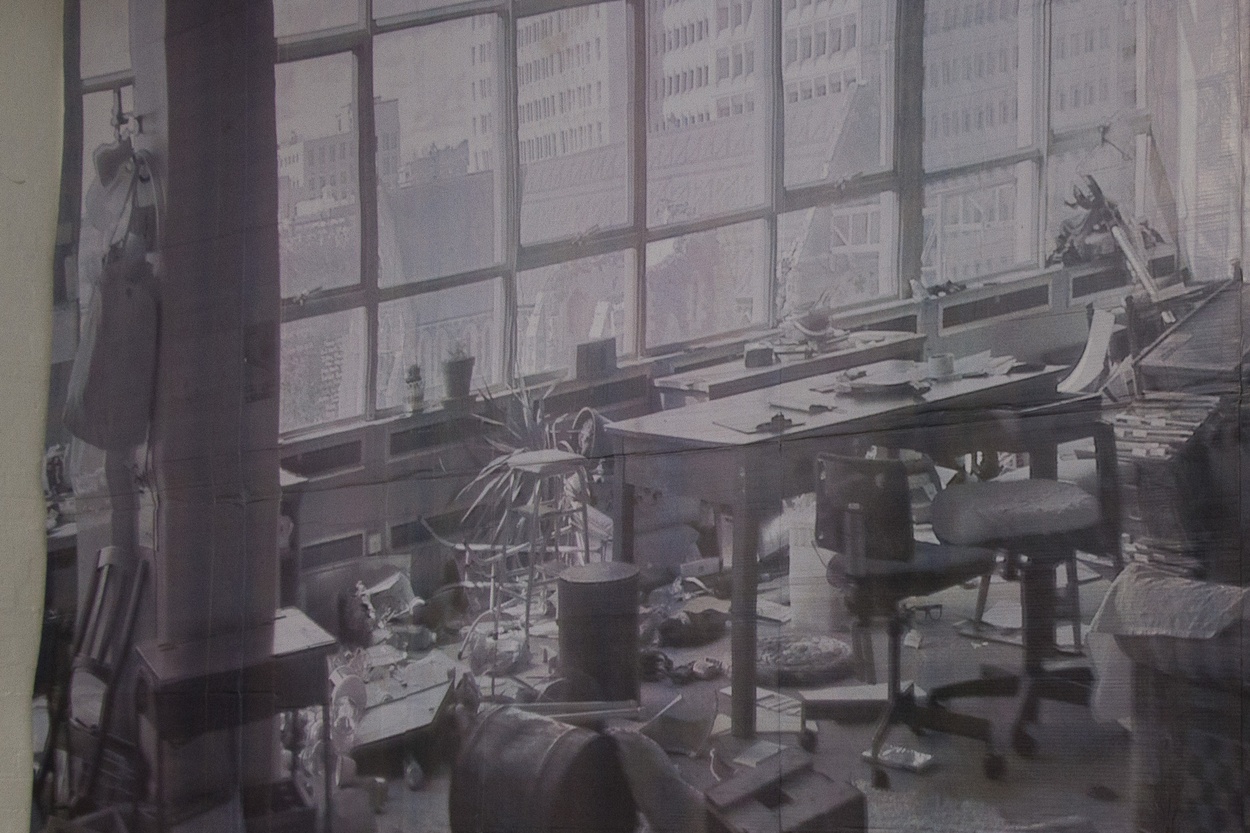 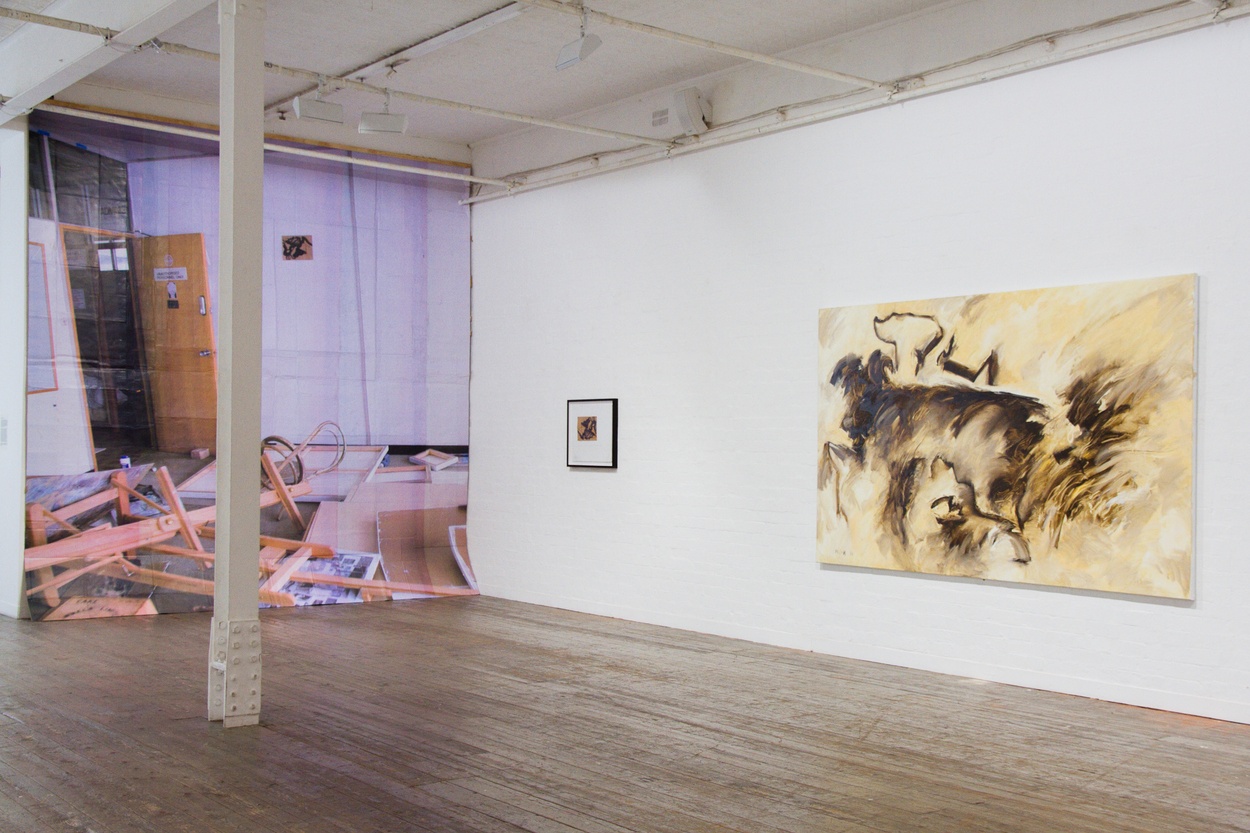 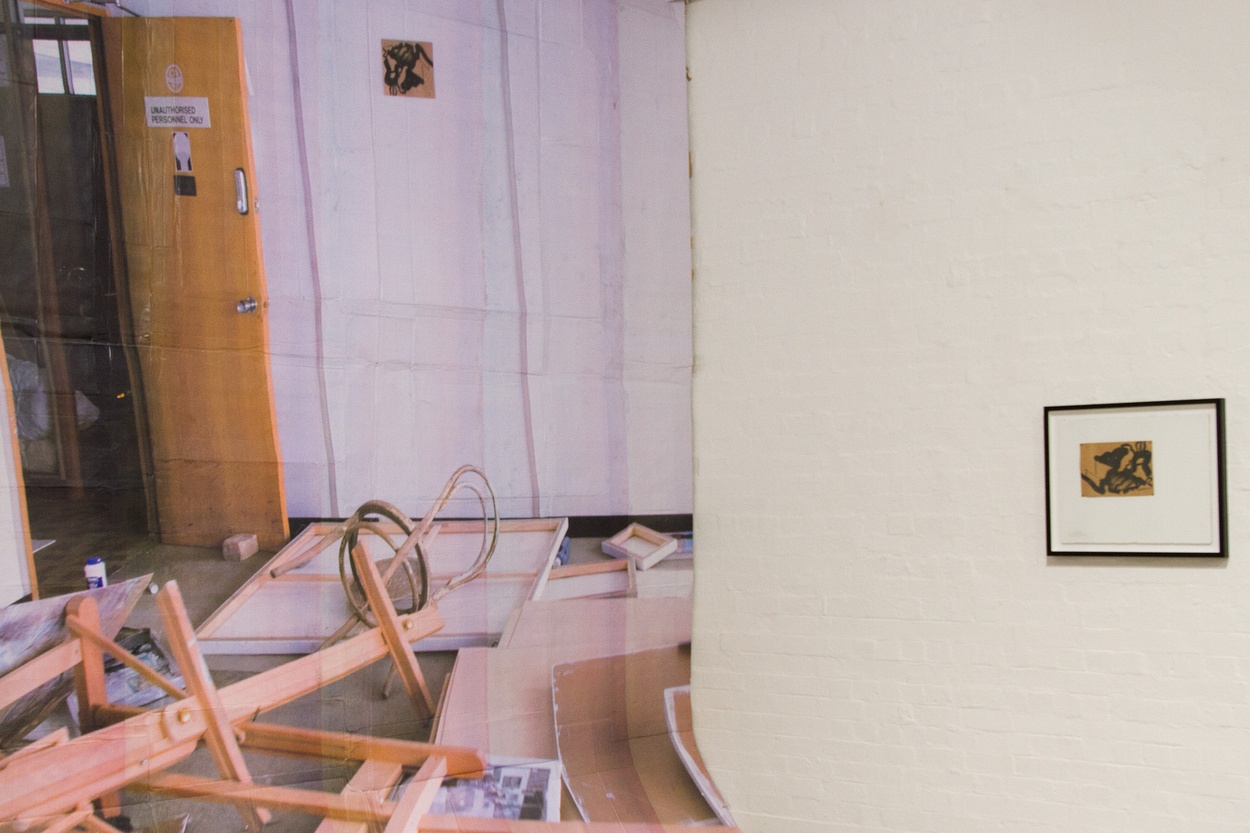 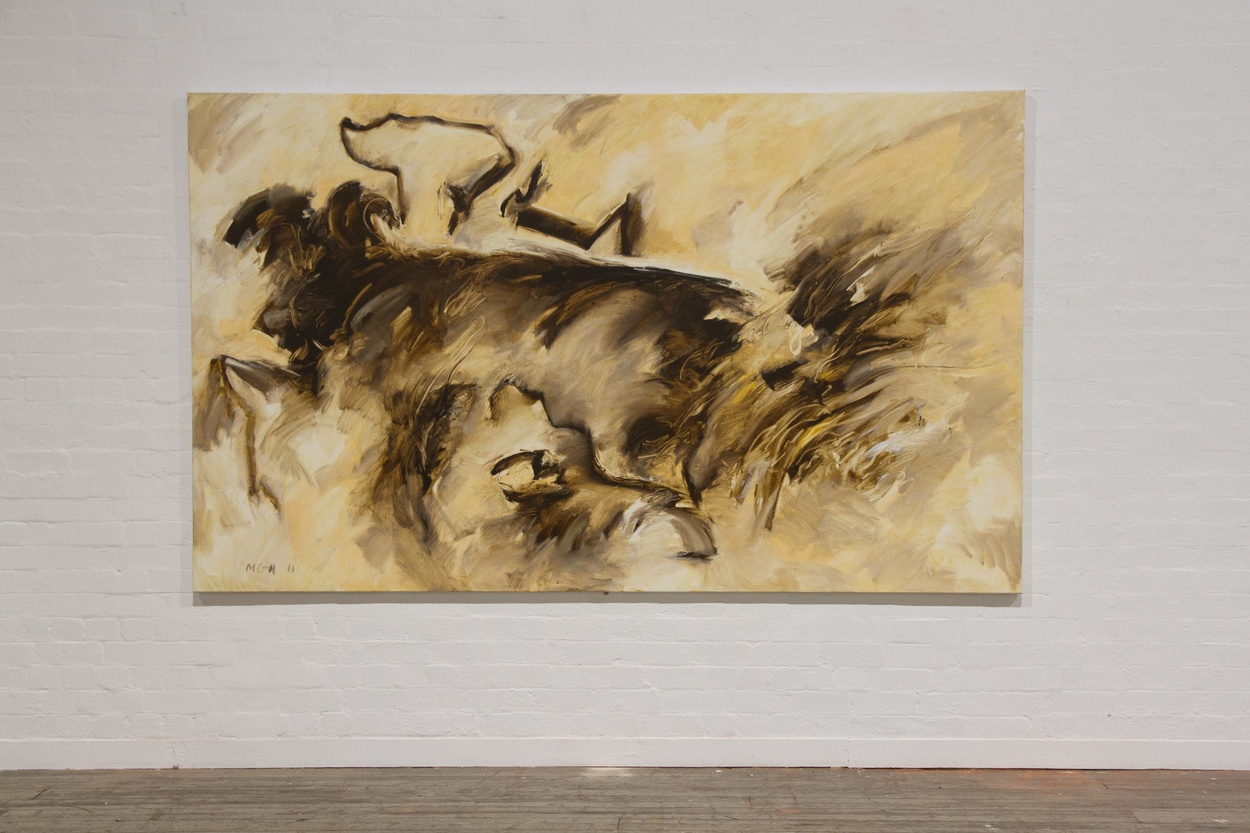 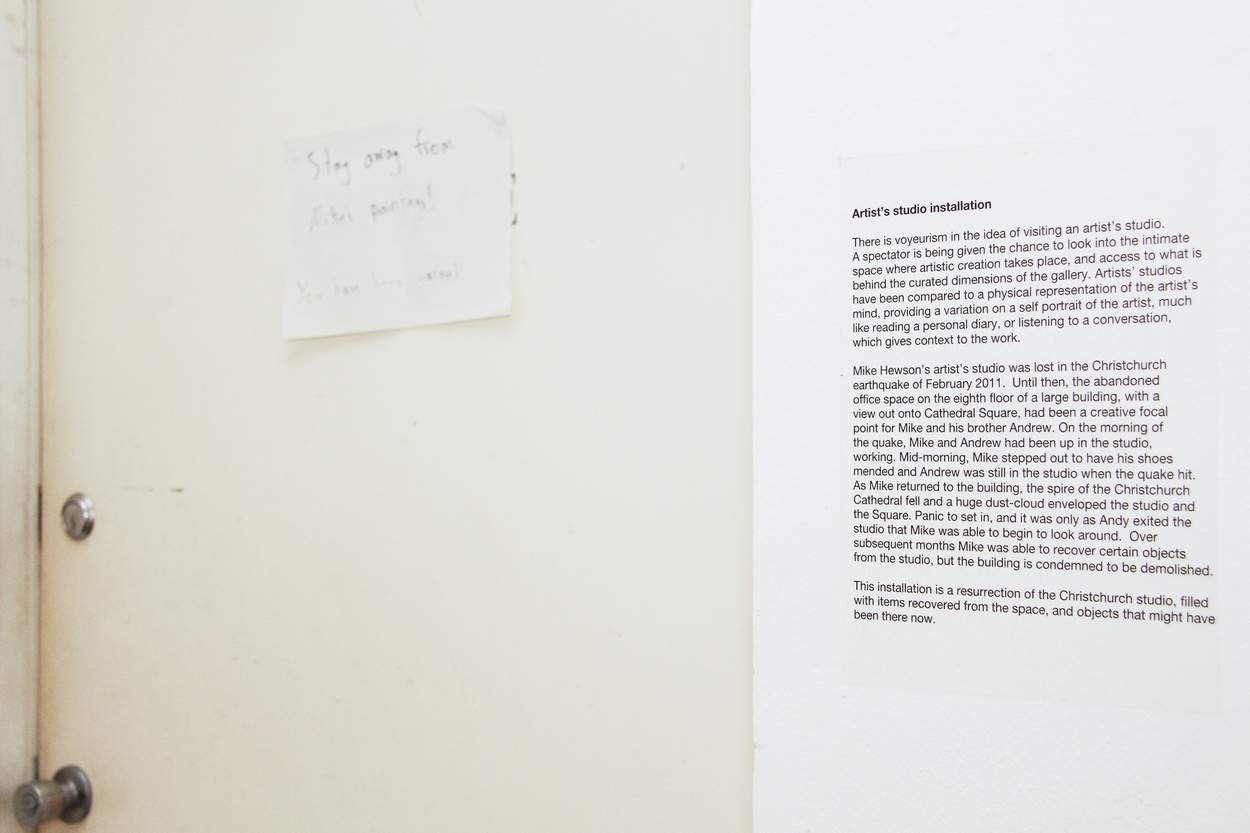 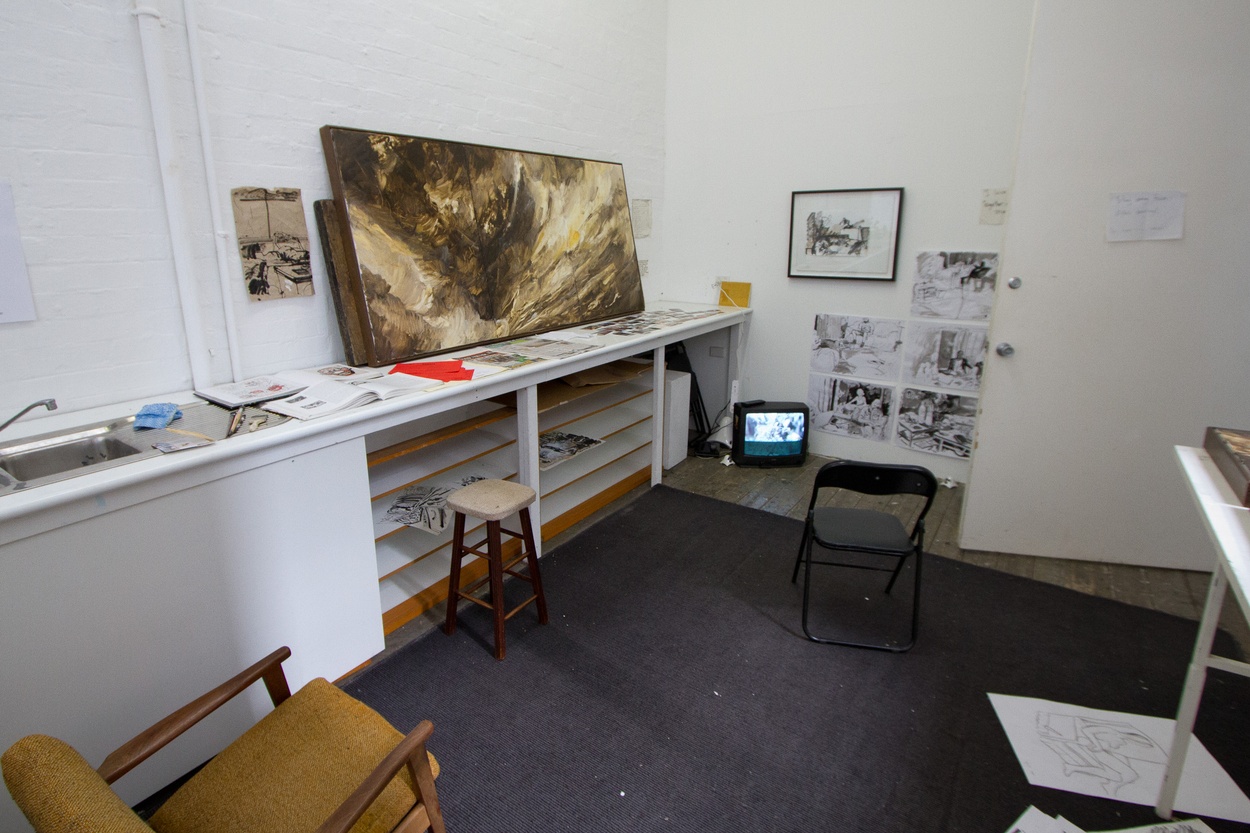 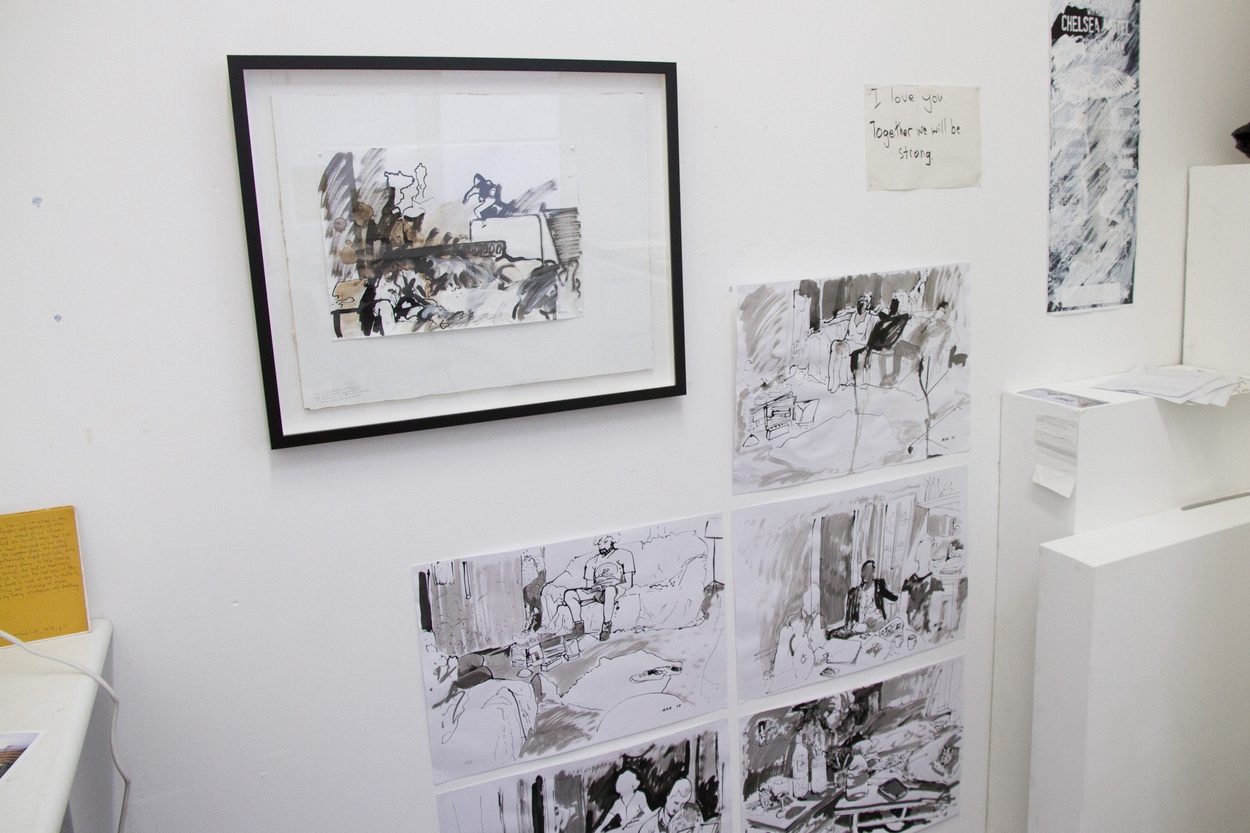 Sketch study for Visions Of The View 2011 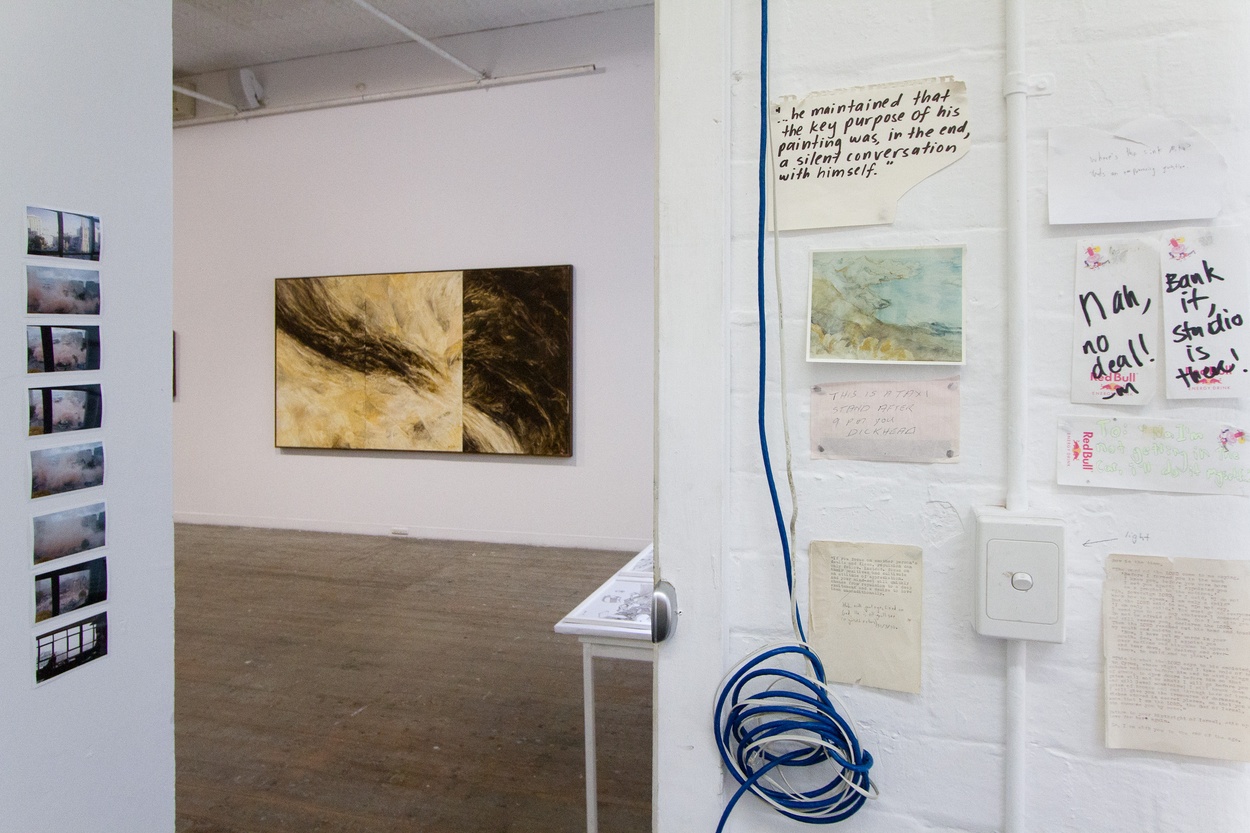 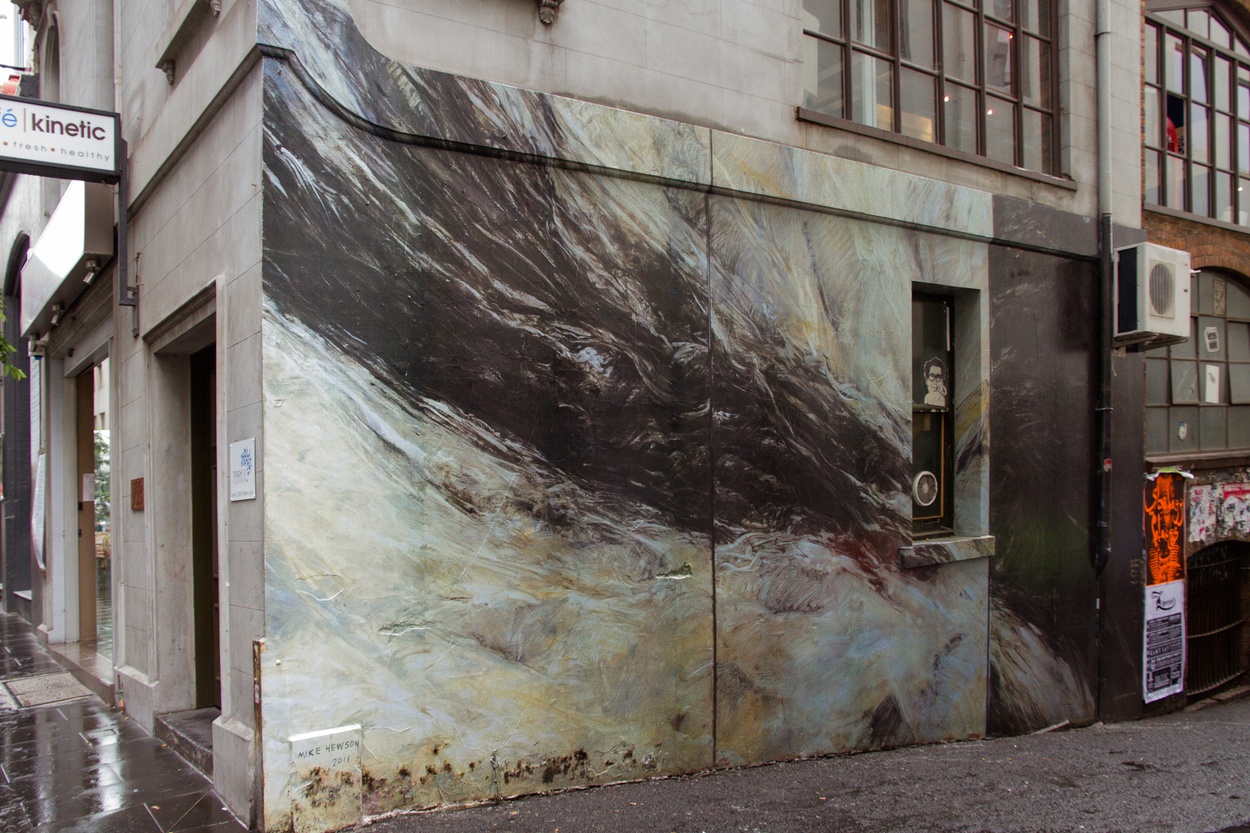 In The Kings Garden (installation) 2011

Loss is a diverse euphemism. It lends itself to all things trivial and monumental. To lose something, to lose someone, to lose a game, a battle, to feel lost, to be lost...Its context establishes its meaning.

Initially spurred on by the effects of the Christchurch earthquake, artist Mike Hewson uses this body of works to rifle through various connotations of loss, presenting his results to the spectator through a variety of media.

Comprising a series of oils on canvas, ink sketches, photographic works, and an installation, this exhibition at Fortyfive Downstairs invites consideration and reflection. Over the past decade, Mike has pushed his artistic practice away from the realist depictions of his natural surroundings that he experimented with during his younger days into a conceptual and abstracted exploration of the relationship between environment and emotion.

Mark-making and gestural movement, in a purposefully reduced tonal palate, provide representations of emotion and sensation on the large-scale canvases. The images play with a notion that painting is created and received with more than just the eye, and that colour, line and form proffer a language when they are freed from their representational functions.

Alongside the main gallery, in a back room of the exhibition space, Mike will also install a version of his artist’s studio, which was lost during the Christchurch quake. While this ‘resurrection’ of a lost space, is a personal, almost cathartic gesture, it also references a more general dialogue about the implications of installing a personal space within a public one. Artists’ studios have been compared to the physical representation of the maker’s brain, so to install such a space within a public gallery invites the viewer to see, judge and partake in the lost creative space, as formed by the artist.

The geographical location of this exhibition is an interesting reflection on dislocation and loss. In a new twist on the ‘brain drain’ effect, tens of thousands of Christchurch residents have relocated since the Christchurch earthquake, a large proportion of which have moved to Australia. In starting out as an expat, even if it is only in one faction of life, there is the desire to create a sense of permanence. It was with this in mind that Mike installed a piece of his work on a building in Flinders Lane, in close proximity to the exhibition. This outdoor work, a 4 x 10 metre mural spanning the exterior wall of a building at the entrance to ACDC Lane, is an expanded version of In the King’s Garden, an oil on canvas triptych included in the exhibition.